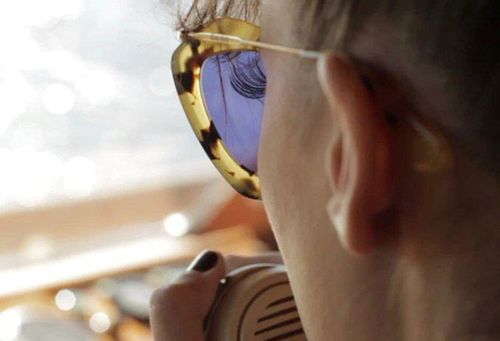 Peering behind Miu Miu sunglasses in a shot from "Muta" by Lucrecia Martel.

Miu Miu came to Los Angeles to premiere "Muta," a contemporary short film noir directed by renowned Argentinian director Lucrecia Martel in conjunction with the launch of their A/W 2011 eyewear. Created to be a reflection on the transformative power of femininity which is indeed the heart of Miu Miu (and the women in the film do surely transform), this is the second chapter in "The Miu Miu Women's Tales Project." (I know you've already posted a link to the film Diane, however here it is again for your viewers.) "Muta" is beautifully creepy and cool. It keeps the viewer captivated with a whispering language, clicking heels, fluttering lashes, gorgeous 1940s-inspired costumes/clothing, glittery shoes and sunglasses, and not so much as a glimpse at any face as a whole in the entire film. I've watched it over and over again. 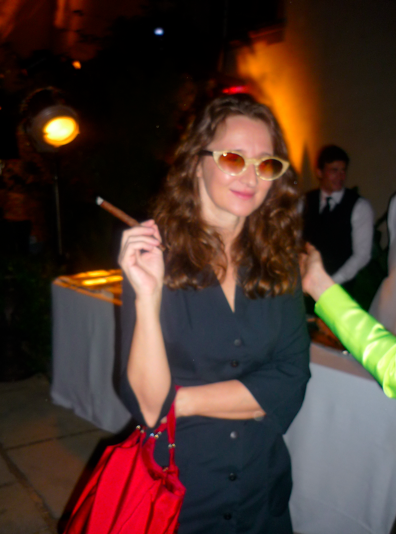 It was a beautiful, glamorous, and fun night with stars twinkling in the sky above, an amazing view of Hollywood below, and music and laughter wafting throughout the expansive classic villa and grounds. Miu Miu expertly transported us all to another time and place created for the evening: an abandoned film set with a feeling of Old Hollywood meets 1940's European glamour. 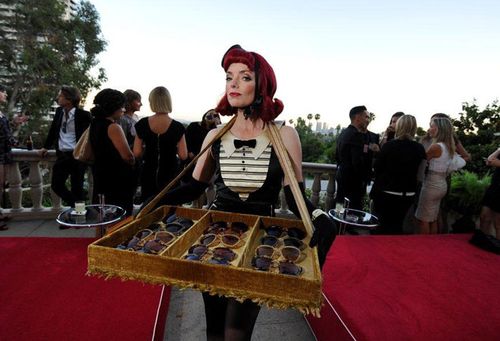 The "set" and interior design were created by Oscar-winning set designer Martin Childs who was assisted by Klaus Hasuman. They took inspiration, naturally, by the Miu Miu Autumn/Winter 2011 collection. Characters from this abandoned film noir set mingled amongst the guests including a cigarette girl with a box full of the BEAUTIFUL new Miu Miu sunglasses for ladies to try on. Making our way up a hundred stairs to the pool, we were greeted by a life guard in his vintage swimsuit. I haven't had a mint julep quite so perfect in a while and the delicious 1940s menu was curated by Chef Suzann Goin of Lucques. 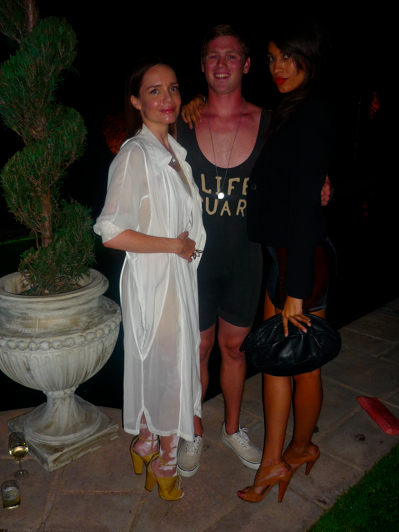 The crowd became quiet as all rushed to the courtyard to see the premier screening of Martel's "Muta." Her beautiful film continued to set the tone for the perfectly appointed evening. 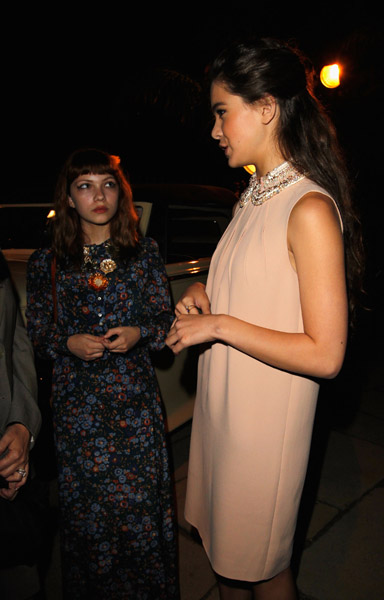 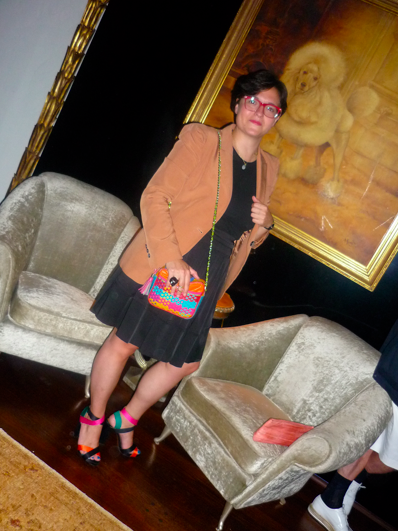 One of the most lovely PR women around, Donatella Caggiano of Luxottica (Miu Miu eyewear). 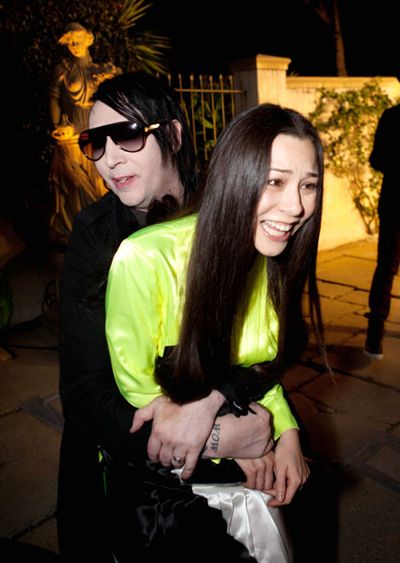 Who seemed to have the most fun all night? The ever-stylish China Chow (in Spring 11 Miu Miu) and Marilyn Manson. 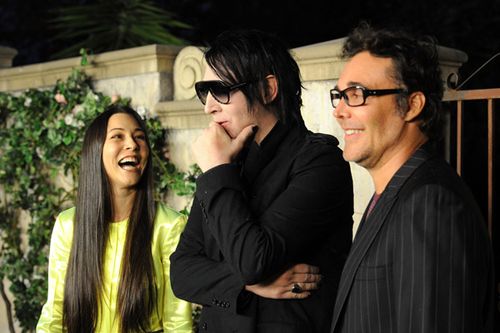 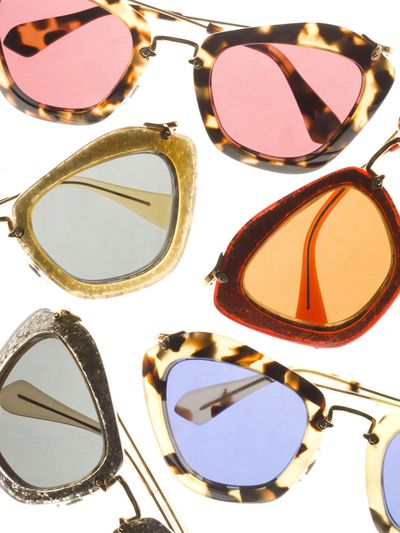 I completely love this very smart and thoughtfully designed eyewear collection which truly compliments the beautiful dresses and shoes for A/W 2011. The Noir shape was extremely flattering on all who tried them on. The colorations from classic tortoise to glittery fantasies are wonderful as are the lens colors. Stylist Arianne Philips (Madonna, "Walk the Line") was beaming and beautiful in a glittery silver pair. The talented and kind Samantha McMillen (stylist to Johnny Depp, Evan Rachel Wood, Carey Mulligan, and more) adored the red glitter which looked quite darling with her head to to Miu Miu ensemble. 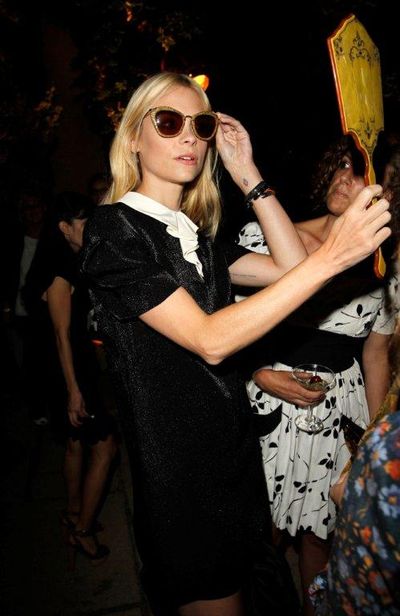 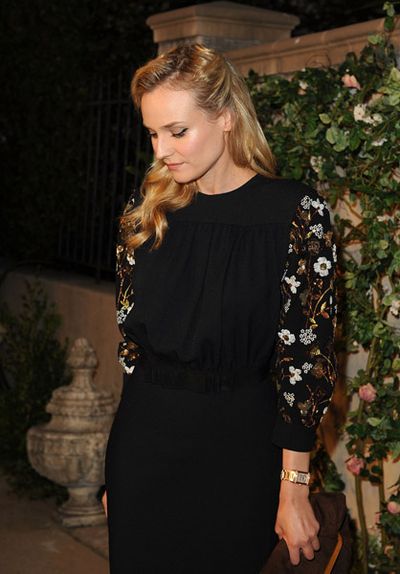 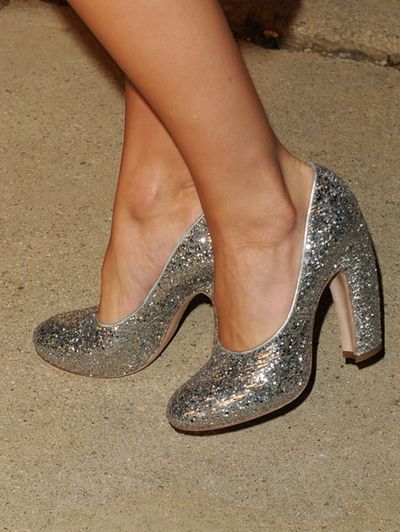 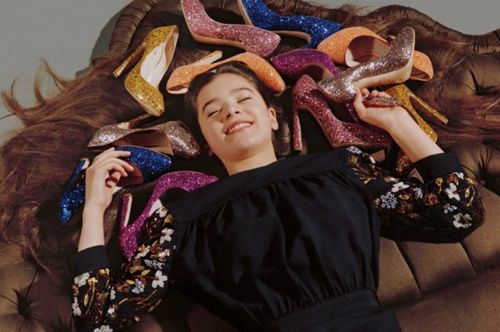 Finally someone lets a 14 year old actually look 14 and not pretend to be 25+ in a campaign! Thank you! Hailee Steinfeld is herself, a little girl playing dress up, in Miu Miu's A/W 2011 campaign. This is what most of us women who have fun with fashion continue to do the rest of our lives.  Brilliantly photographed by Bruce Weber.