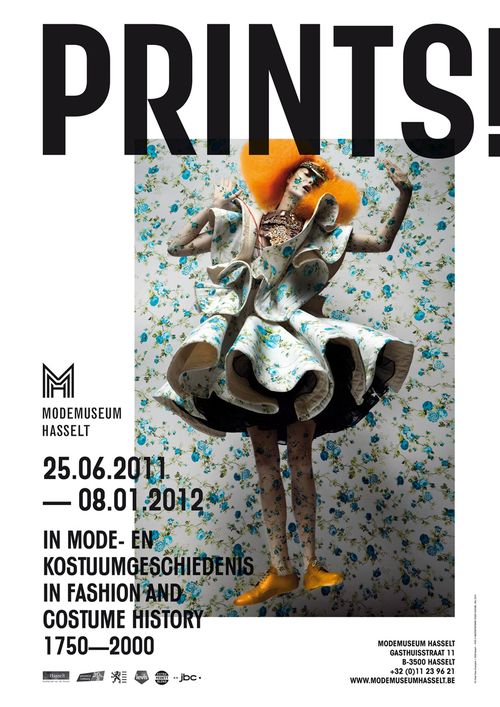 "Printed textile is a decorative art form, used for interiors as well as for clothing. The varieties of motifs often reflect the collective taste and Zeitgeist of a certain period. Printing textile is also a complex industrial process and as such dependend on innovation, mechanisation, research and technological progress.

European textile printing finds its origins in the India of 2000 B.C. Indian fabrics were introduced through trade (East Indian Company) to Europe. The attractive use of colours and motifs seduced the European public, hungry as it was for anything exotic.
The fabric was also a good alternative for heavy silk, wool and linen. The demand for these new fabrics quickly exceeded the supply: a booming copying economy of Indian fabrics was born. These Indiennes (Chintz) were adapted to European flavours.

Until the end of the 18th century motifs remained mainly derivations of the original floral pattern from India, but the industrial revolution at the beginning of the 19th century brought about radical change. Under the impulse of science and mechanisation, the printing of textiles became an industrial process still expanding today.

In contemporary fashion we find a variety of prints, depending on trends. They vary from references to historical patterns (landscapes, floral and bucolic figures) to innovative, experimental motifs. It became the trademark of a diversity of designers such as Emilio Pucci, Dries Van Noten, Herm