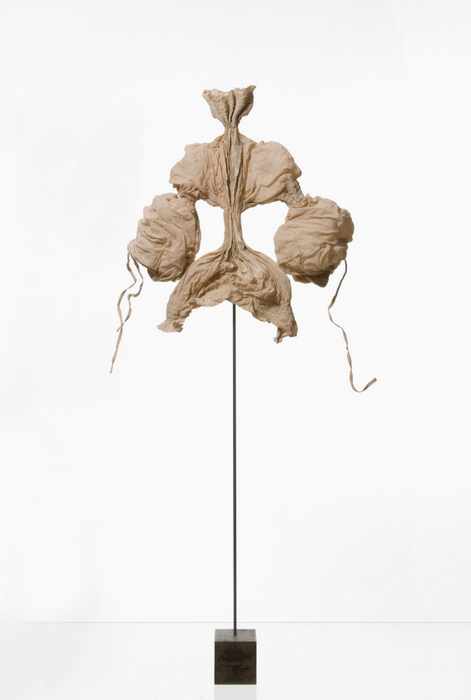 There's something unique about Nathalie Chamblas' work. With a background in textile design, the French artist puts bodies and clothing at the centre of her research, giving her pieces an intense aura and strong presence. Her one-off sculptures, made out of reworked garments, are incredibly evocative, carrying the weight and history of the wearer within them. They are moving, too, seeming both fragile and powerful at the same time. This tension pretty much defines Chamblas' approach and some of her selected works can currently be viewed at Meudon's Centre d'Art et de Culture until the 30th of June. 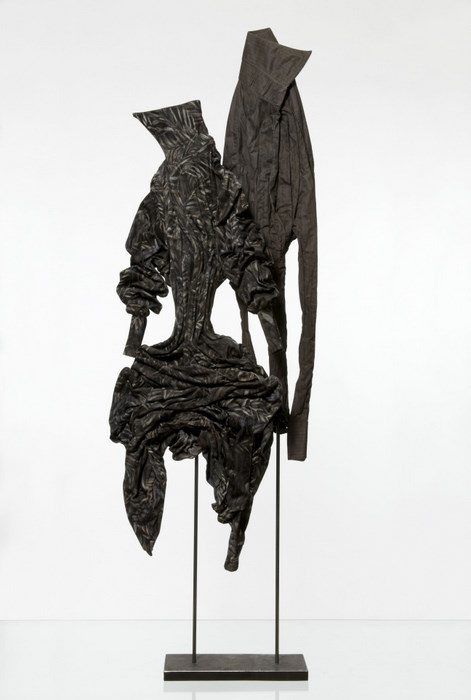 What is your background as an artist?

I studied engraving at Ateliers Beaux-Arts in Paris for 4 years and realized I was more interested in printing techniques and graphic design than anything else. I very quickly started to emboss fabrics, which is not something I had seen an awful lot before. I guess I made this technique my own and started working on clothes.

Why did you decide to choose clothes?

They relate to bodies and human beings. Clothes also deal with everyday life and movement.

Are you interested in the passage of time and how this process affects clothing?

Yes, definitely. I'm into all the stories that happened to these clothes before. I enjoy this narrative dimension.

There are a lot of marks on your pieces, too.

I guess there's something melancholic about them, but you can also sense energy when you look at my work. That's what the marks are about, they stand for movement and life forms. 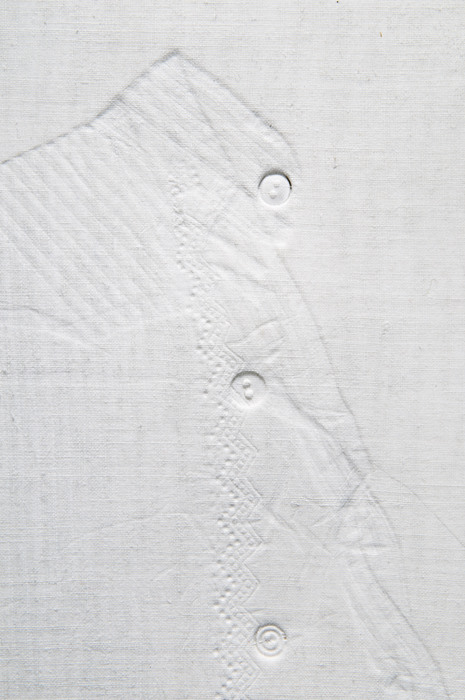