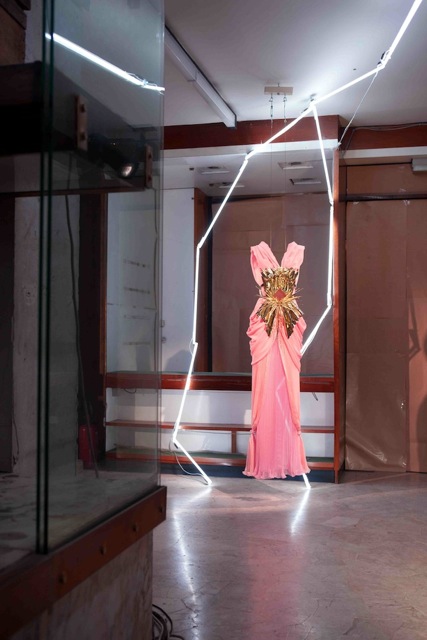 Today Rodarte unveiled a site specific installation of 10 dressses inspired by Fra Angelico's frescoes in the monks' cells at the Convent of San Marco as well as Bernini's The Ecstasy of Saint Teresa. 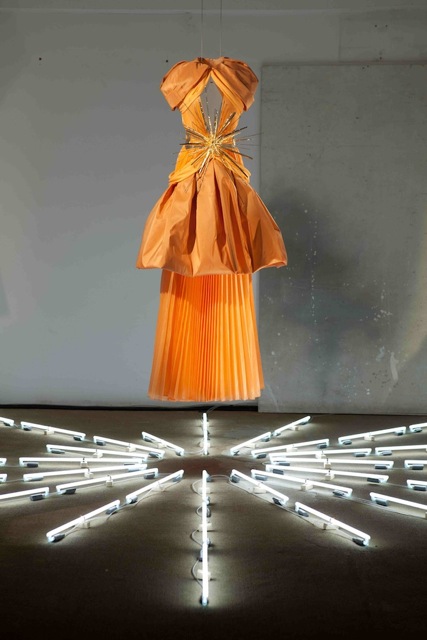 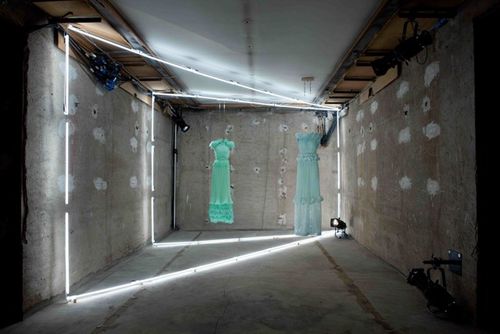 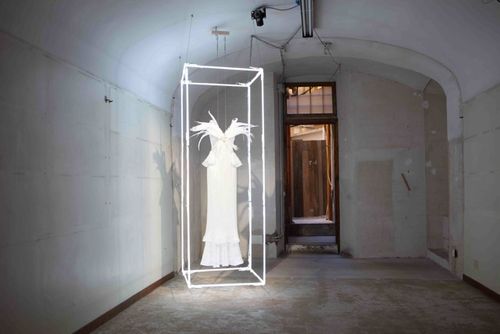 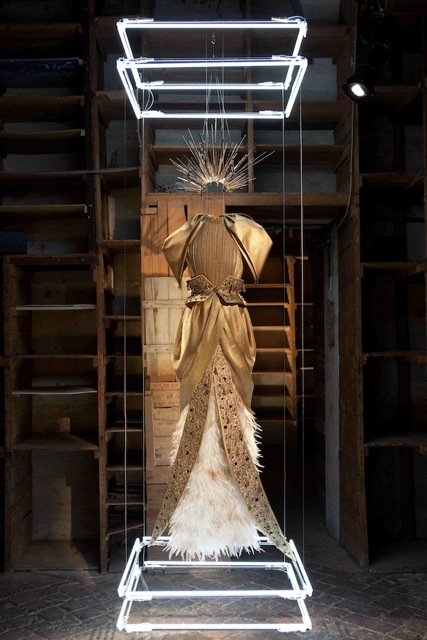 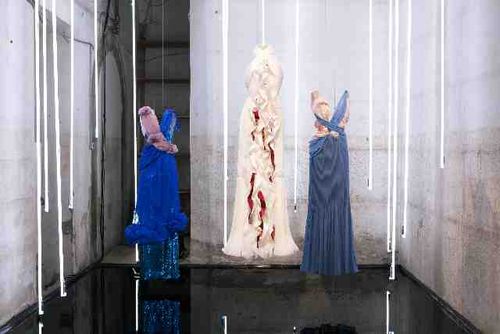 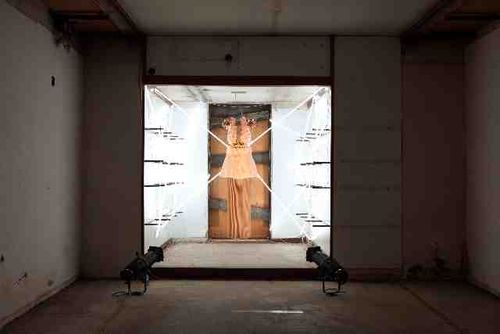 Four of the gowns incorporate elaborate hand forged gold metal pieces including breast plates, belts and head pieces. The site specific installation was created together with Alexandre de Betak. The gowns are installed in a disused building in central Florence that features a series of chambers where the pieces are displayed with neon light constructions. In edition to the site specific installation Rodarte's first monograph, Rodarte, Catherine Opie, Alec Soth was launched. the book is published by JRP/Ringier with a text by John Kelsey. Kate and Laura collaborated with two of the world's most sought after photographers, Catherine Opie and Alec Soth.