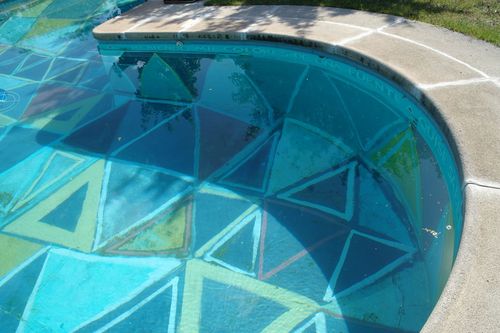 The pool was painted by Vaquero Turcios and the text by his poet wife, Mercedes Ibanez Novo

After the conference Tomas Vaquero took Nilgin Yusuf and I to his atelier which is located in his mother's home. He paints in the same atelier of his father. The paint on the floor belongs to both of them. 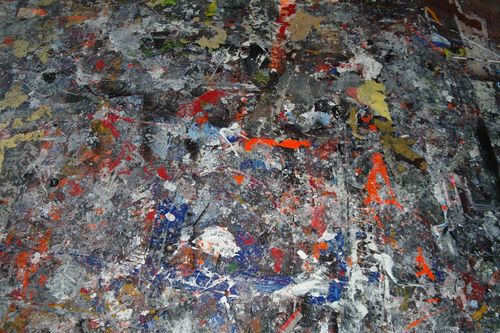 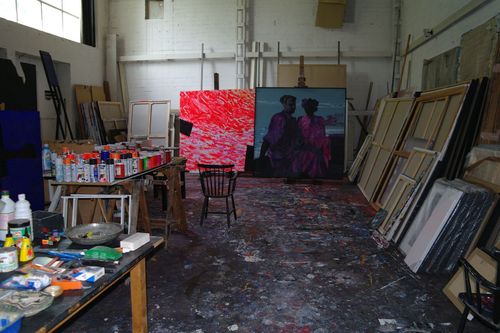 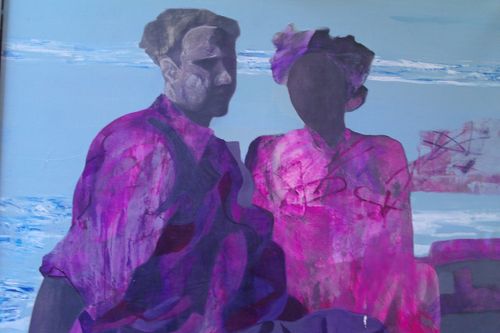 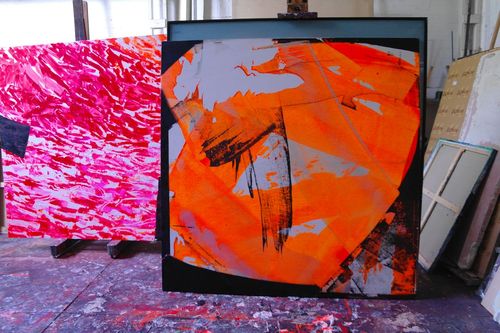 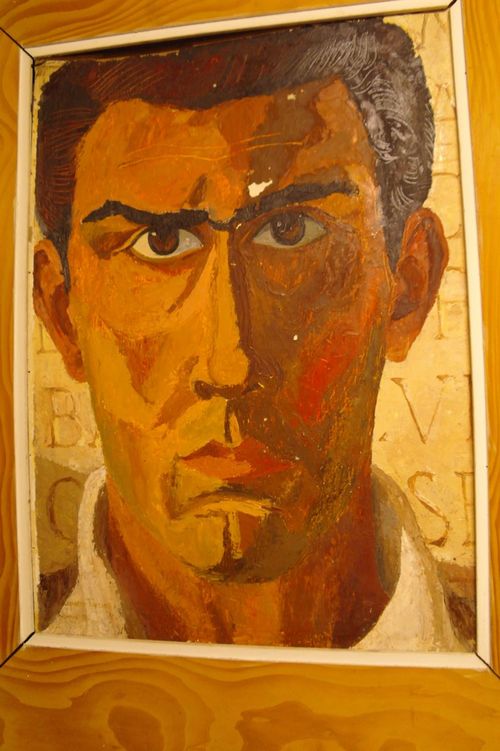 Self Portrait of Vaquero Turcios 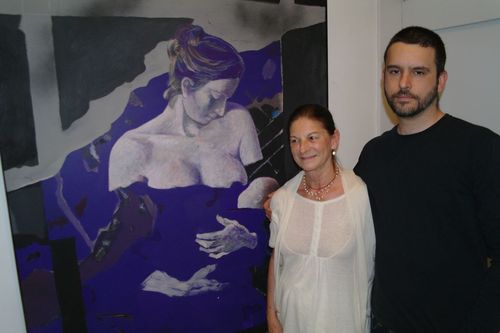 Tomas with his poet mother in front of his father's painting of her with his brother in her arms. 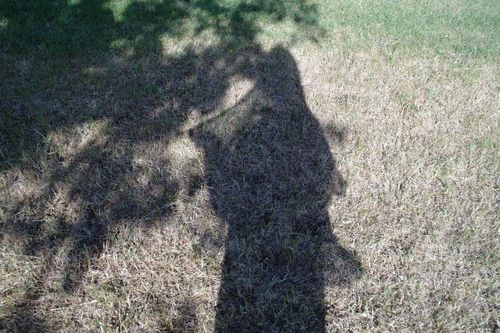 The house and it's many rooms with endless treasures was like a trip to paradise complete with singing birds and the scent of jasmine and only ten minutes outside of Madrid.