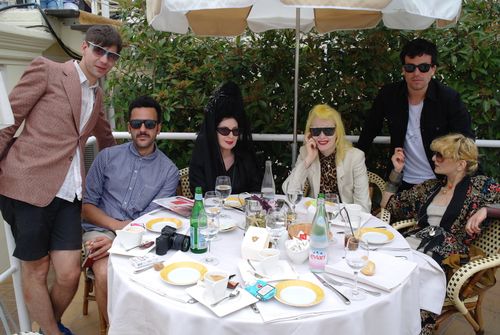 It started out as breakfast and ended up as lunch at the Carleton on the beach. 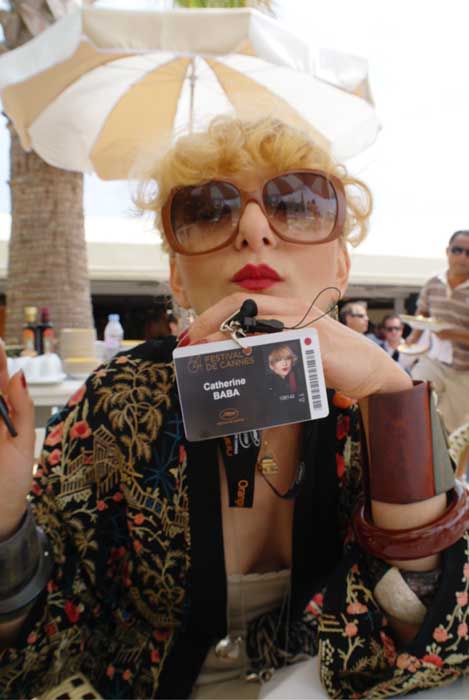 Catherine Baba was extremely proud of her badge…we all wanted one. Catherine did the costumes for Eva Ionesco's first film "My Little princess and therefore merited one. 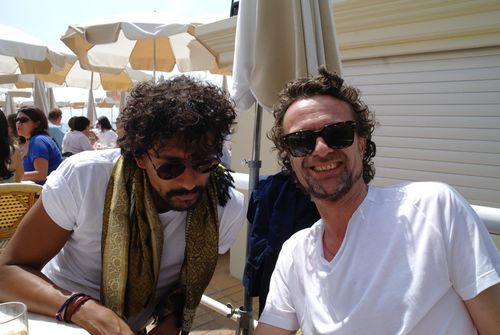 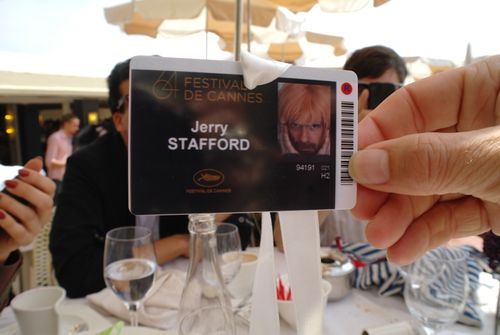 Jerry has a badge too, I think the pink wig might be my next look for the airport control. 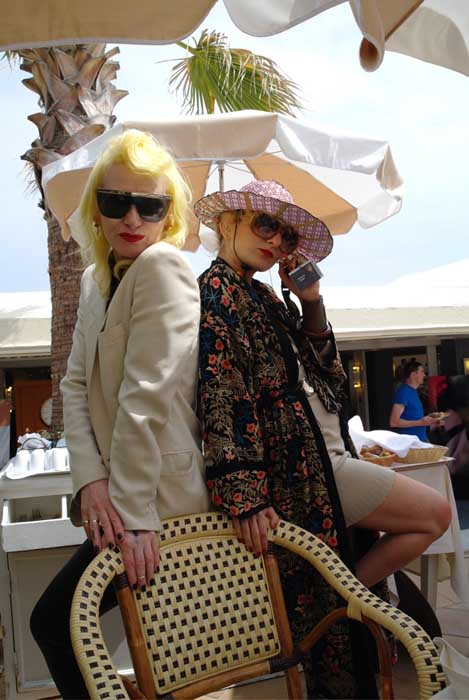 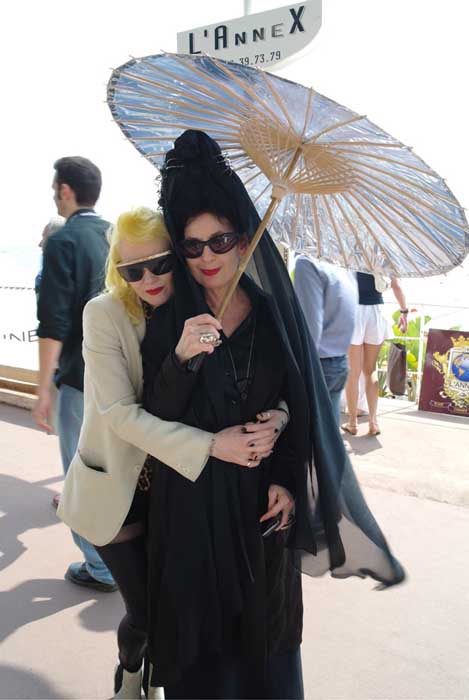 Today we went from one hotel terrace to the next. At the Majestic we were joined by Rossy de Palma 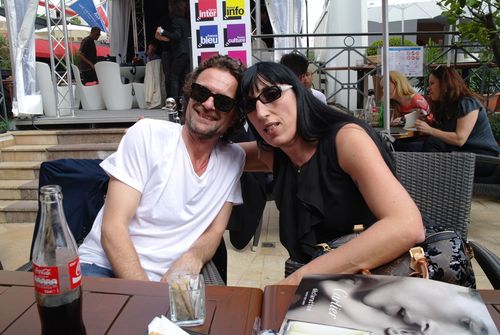 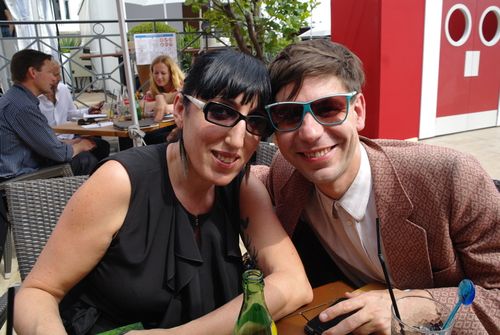 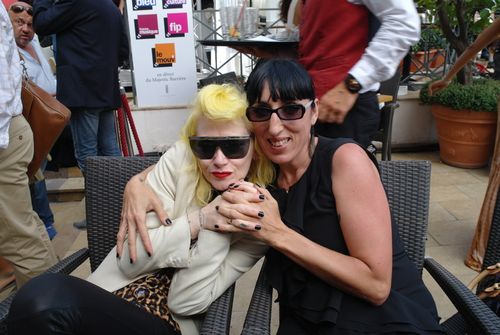 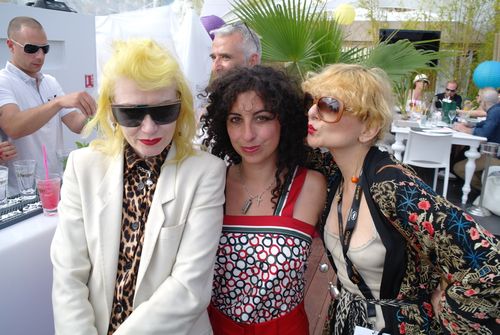 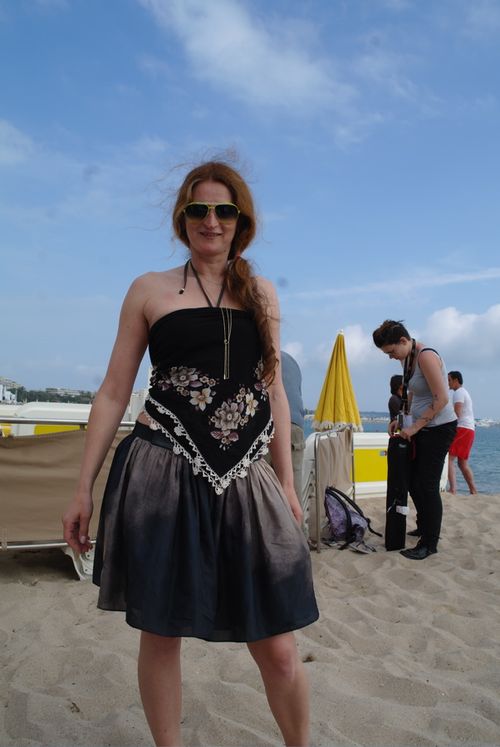 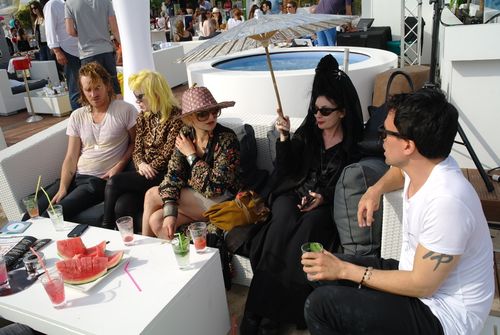 This is as close to the beach as I get.