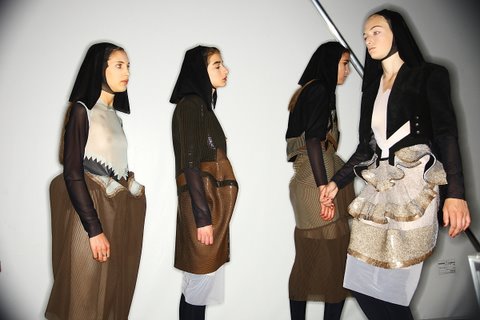 I thought that now was a good time to republish the original post on Lea Peckre by Philippe Pourhashemi, it was then that I asked her to send her portfolio to Hyeres, video below. Yesterday she walked away with the first prize.

What makes a graduate collection stand out? Besides the obvious technical bravery, innovative touches and sense of balance, it’s the emotion a designer conveys that can really make a difference. If there were plenty of fun performances and theatrical moments during the whole show, I was touched by L