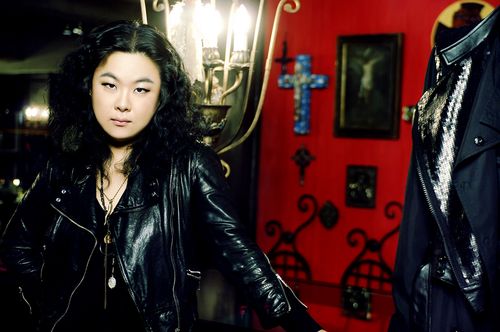 I got excited when I saw Juyoung Lee's last collection in Seoul. Her label, Resurrection, has a special place within the Korean fashion scene and her clients are creative types who are not scared of making a statement. Individual, uncompromising and beautifully crafted, her clothes have a true rock'n'roll spirit, combining a sense of rebellion with a dark aesthetic. I loved her use of leather, her tailored skirts, layered silhouettes and plush materials. Juyoung Lee's inspiration seems quite removed from the compulsory trenchcoats and preppy styling you see in Seoul, giving her a distinctive voice in Korean menswear. 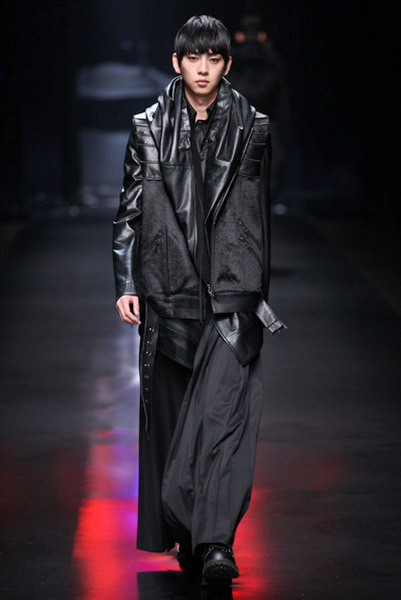 Your English is amazing. Where did you learn it?

I studied Classical Music in the US. My mother's a fashion designer, but she didn't want me to get into fashion. I decided I wanted to do it later and she just freaked out when she found out. (mutual laughter)

When did you realize fashion was your thing?

I graduated from music school and used to play the cello. I played it for 20 years actually. I went to Parsons in NYC and studied fashion there. Then I came back to Korea to help my mother with her work.

Were you born in Korea?

Yes, I was. I started as a womenswear designer and did that for about 10 years. I decided to switch to menswear eventually and launched Resurrection in 2004.

Why did the switch happen?

Well, I did womenswear for 10 years and was also working as a stylist at that time. I remember looking for menswear pieces that were a bit different, but couldn't find anything I wanted. It's really hard finding menswear that has a lot of details and an intricate style. I started thinking: "Why not launch a menswear line myself?" I thought that was the right thing to do. A lot of musicians loved my clothes and Marilyn Manson was one of the first to wear them.

I guess your collections have a fairly American sensibility. What kind of guy inspires you?

Art, travel and music inspire me the most, but it can come from anything. I don't think there's a specific man I have in mind when I design, it's more abstract than that. 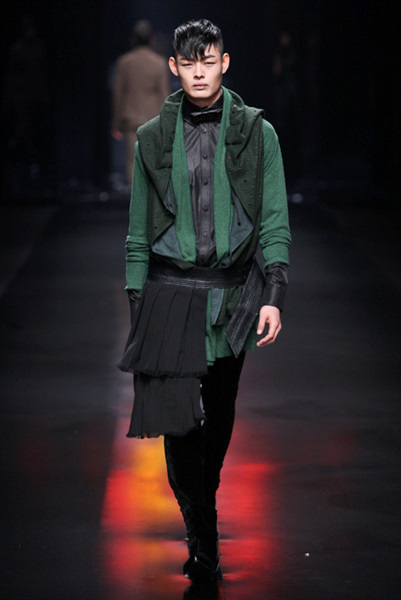 Your last show felt quite goth and mysterious. You used black leather, skirts, lots of layering and sophisticated fabrics.

I guess it's just a way of styling when I present the collection. The thing is, you could wear every piece with a t-shirt or a pair of jeans. Each look can be broken down quite easily. I had my booth in Florence during the last edition of Pitti Uomo and remember walking into this amazing museum in the city, which had gorgeous architecture. I loved this opulent Renaissance feeling and tried to translate it into my clothes, using saturated colors and richer textures, which was quite new for me. I don't really use colors in my shows and black is very much my thing.

I can see that. (more laughter)

I used lots of blues and browns this time.

I liked the way you did tartan using fluffy mohair. That was cool. 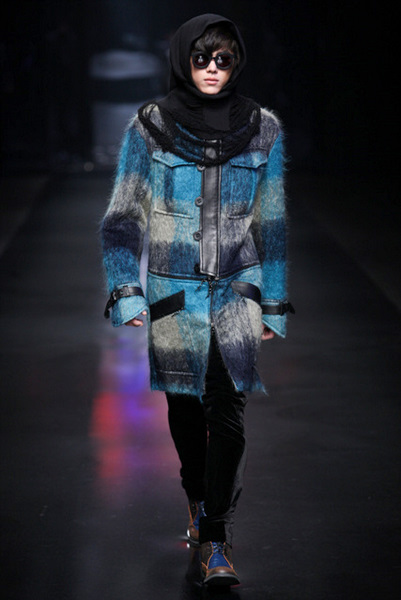 The funny thing is that PETA emailed me just before the show asking me not to use fur or leather.

Did they? Are they big in Korea, too?

Yes, even if they're not as strong as in the US.

What's the attitude towards fur here?

People love it, especially in department stores. It's like you have to wear fur in the winter. That's the way these stores make money, too. I was kind of shocked by the PETA thing.

Did you only use real fur or did you have fake, too?

I mixed everything. How could you expect me not to use leather though? I need it in my collections. 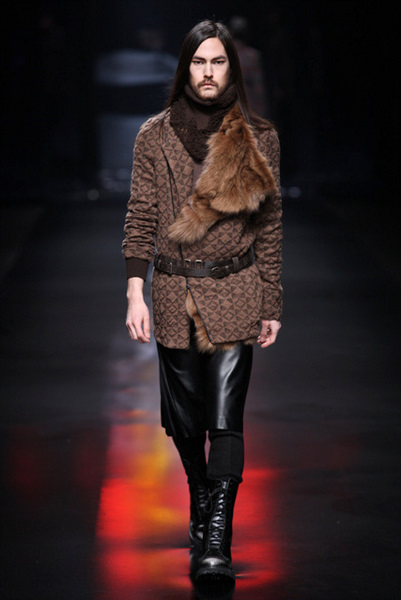 Who is your typical client?

It's a guy who's in music, art or photography. Some of my best clients are hairstylists and anyone who wants to look individual and unique.

Who do you always listen to?

You're more into a harder sound then.

Yes, I am. I love Rock. When you look at Korean men, they are quite conservative and that's reflected in their clothes. You see that on the Seoul runways, too. I'm focusing on Western markets right now.

What do you think could be done to improve Seoul Fashion Week?

How many times have you been here?

This is my second time and I found it weaker than last season.

There were a few budget cuts this time, which made it difficult for many designers.

What I liked about your show was that the direction was clear. That focus seemed to be missing in other collections. I get the feeling people try to show too much and there's a styling issue.

The thing is, we don't have any stylists here and have to do everything ourselves. I couldn't find anyone to work with and that's really a problem. 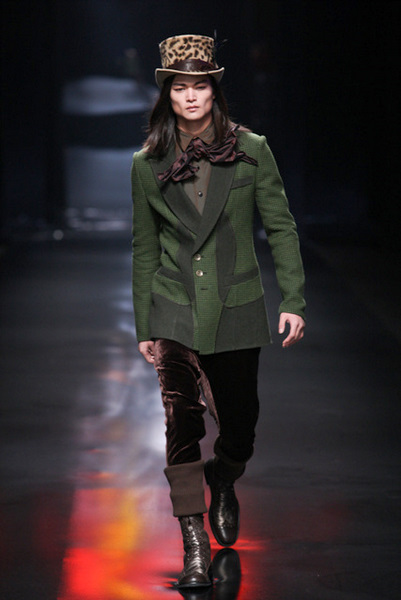 I find Korean menswear really creative and Paris has been very responsive to Korean designers. They have a style of their own and I like their aesthetics. Where do you sell?

I have points of sale in New York and am planning on doing a show there next September.

That's great. It will be exciting for you.

I think it's the right time to push Korean menswear. People abroad are really interested in our culture and the way we make clothes.

Time to go for it then!