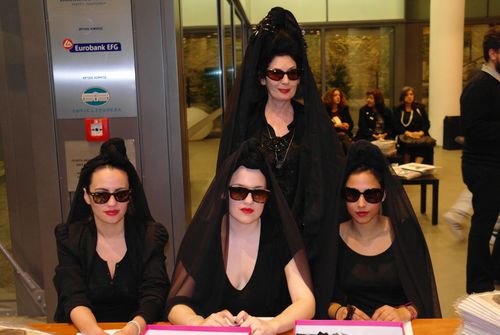 There were 3 DP's at the entrance and another 2 walking around. 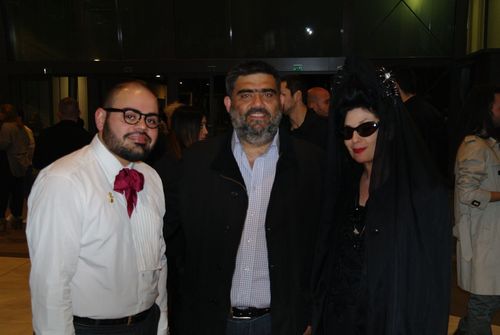 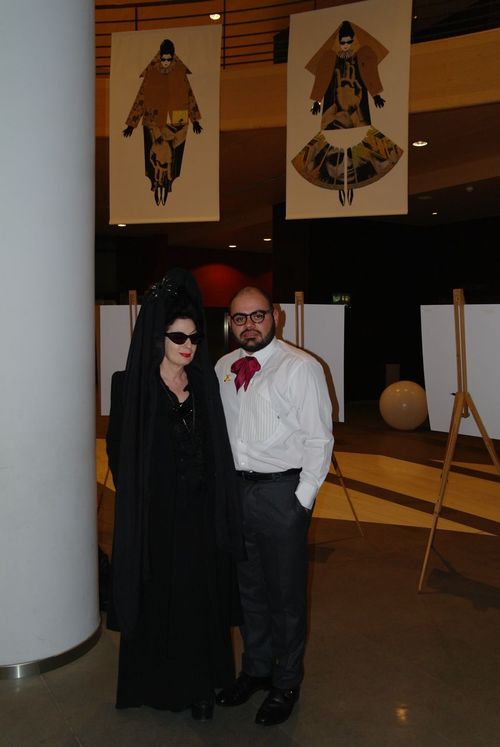 What is interesting about the pattern project is that Hormazd was a student of Boudicca's Zowie Broach at Westminster and he was struggling with the idea of becoming a designer. At the same time he was collecting dead man's patterns from Saville Row. Zowie had a chat with him and told him forget about designing work with the patterns as objects and out of that a light bulb went off and Hormazd wrote a book..Dead Man's Patterns and started his work with the patterns as art work. He's currently finishing up his doctorate degree. When Vassilis Zidianakis saw the drawing of me he encouraged Hormazd to make the drawings really big and so they grew to be three meters. So, I guess you can say that this project had 3 muse. 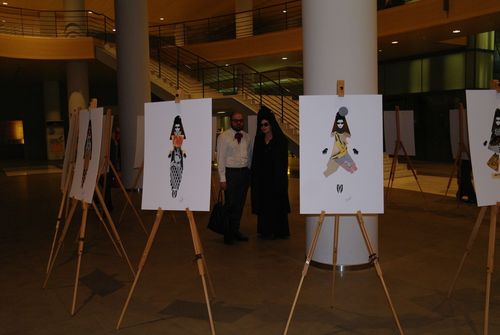 There were 15 collages in a circle, strange but good feeling to be in the middle of all of them. 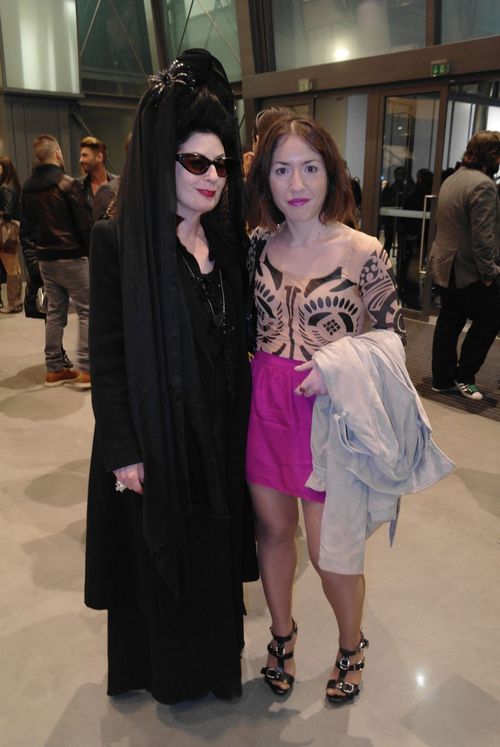 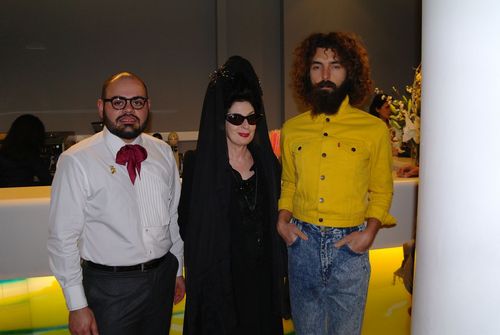 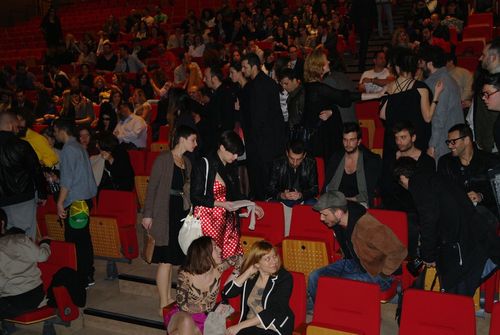 And then the main event began with some very interesting films by doc.tv.