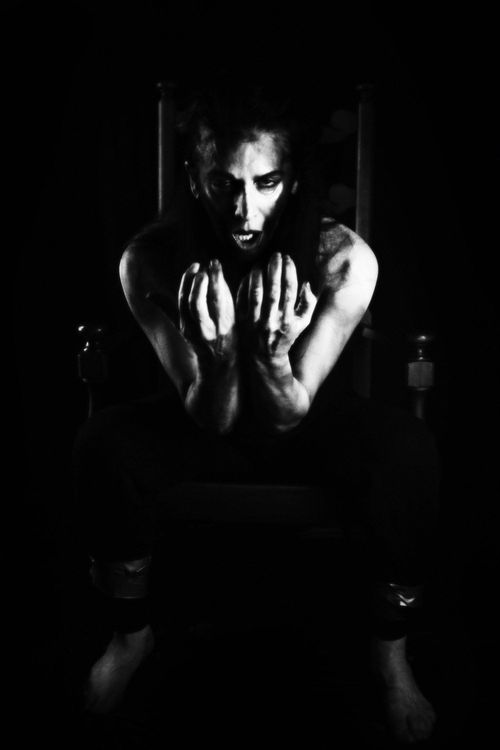 A few stills from the upcoming film by Davide Pepe and Diamanda Galas  Schrei/Shriek: As in Rape, TOrture, and other human experiment: The shriek of an animal which is repeatedly attacked within a confined space.

SCHREI is a film by Diamande Galas and Davide Pepe that will World Premiere at the Barbican's SPILL Festival and contains piercing, guttural screams of emotion, crescendos of raw human sound, visceral primeval calls and silence form the extended aria of pain that is Schrei 27. 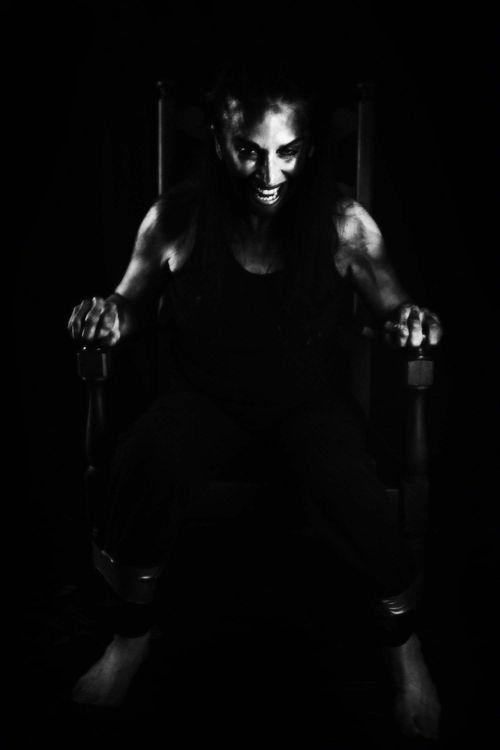 The film is comprised of several short performances of a confession that might have been induced through a chemical or mechanical manipulation of the brain. Schrei 27 follows a person – played by both Galas and a male actor – who is taken to a mental hospital after arrest for treason. There the person is subjected to torture in order to extract a confession, which is not given. Instead of the confession comes a 'holy' recrimination.

I don't know why but this reminds me of the Galliano scandal…maybe it is the subject or the look of the actor.