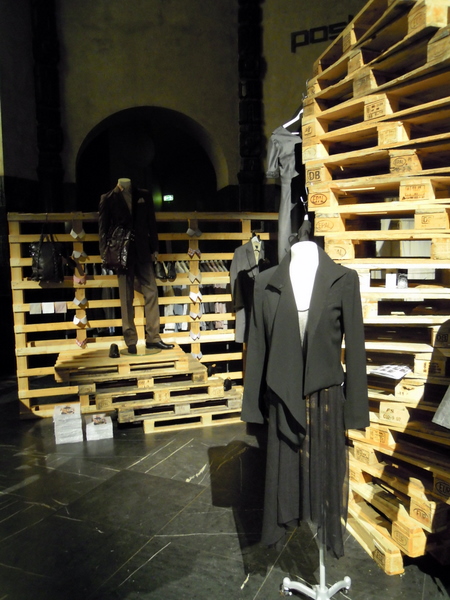 It was my first time in Oslo and I loved the city's laidback and friendly atmosphere. On Friday evening, I discovered "A Pop-Up Book", the temporary exhibition organized by the Norwegian Fashion Institute and curated by Alexander Helle, creative director and manager of Norwegian Rain in Bergen. I met him in the afternoon when we visited his Oslo store. He makes great raincoats, which are a must in his hometown. 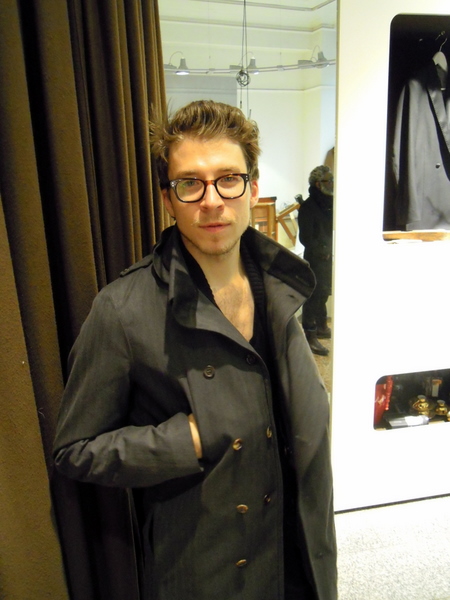 Bergen is the city in Europe where it rains the most, but that did not seem to affect Alexander's enthusiasm. "A Pop-Up Book" -which runs in Oslo until the 5th of March- gives a refreshing insight into Norwegian creativity, combining fashion, scent, installations and performance. Graduates got an exciting platform to present their work -along with more established names- and it was interesting to see how conceptual some of the clothes were. Our image of Scandinavian fashion is often basic and minimal, but Norwegians have a taste for complexity and introversion, which I can relate to and appreciate. Participants include Kings of Convenience, Sva Magazine, DoubleYou, Birk Nygaard, Karl Marius Sveen, as well as several talented designers, such as Ferdinand Diener, Ingvild Abrahamsen and Marit G