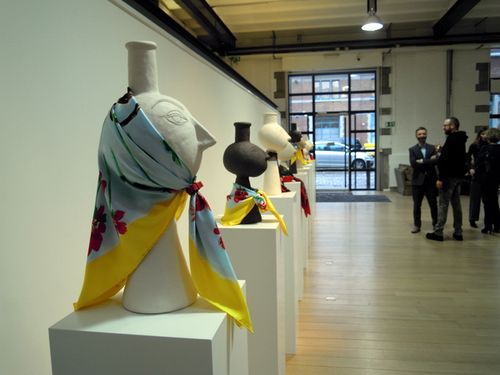 Delvaux had the great idea to ask Belgian designer Dirk Van Saene to come up with an exclusive print for their scarf collection. The outcome is a joyful silk square bursting with colours and flowers. As Dirk's new creative passion is ceramics, he decided to make stylized supermodel sculptures in clay, which were displayed in the showroom of the company's headquarters. Anouck Lep