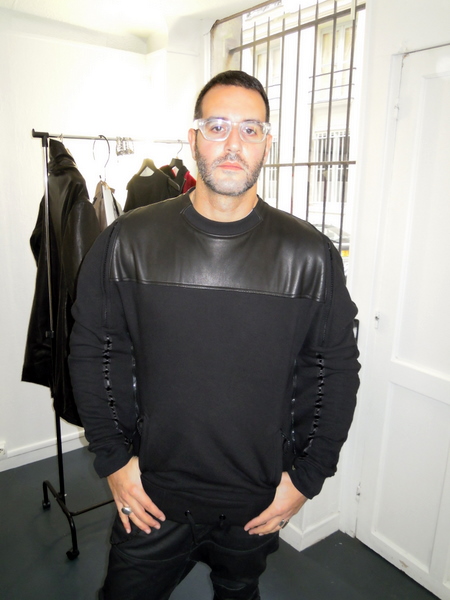 I enjoyed meeting Tassos Sofroniou in Paris yesterday. His line, named Conquistador, offers stylish reinterpretations of the hoodie, as well as great pants and accessories. Tassos used to work with Isabella Blow in London and managed to find the right balance between edgy and casual for his own collection. One of my favourite pieces was his "corset hoodie", which looked strong, but comfortable as well. 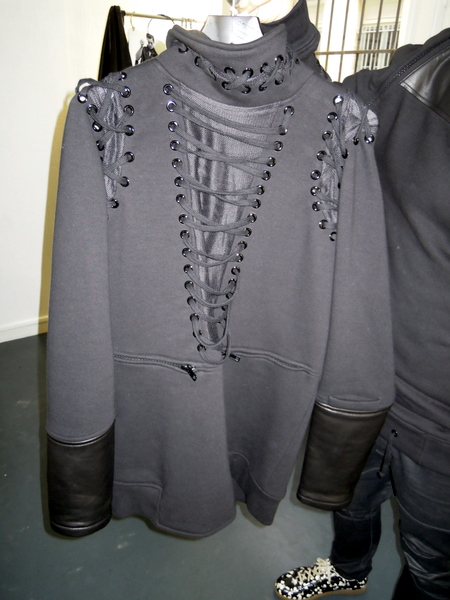 He also worked with colour contrasts, echoing neoprene diving suits. The idea behind Conquistador is that many pieces are transformable. You can remove sleeves, unzip what you're wearing and completely change the look. 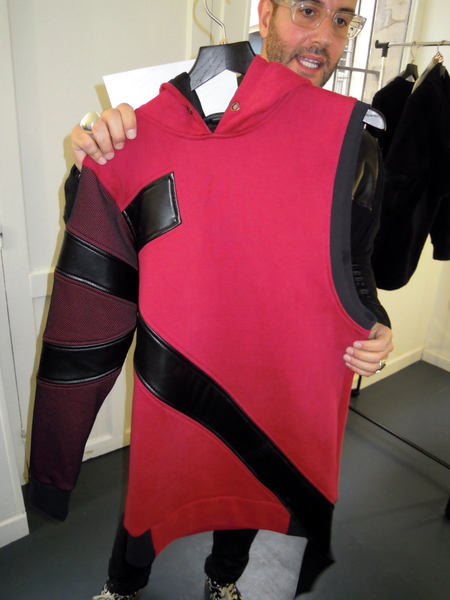 I was keen on the shoes he designed this season, inspired by Greek traditions. Tassos is based in Athens and was telling me how he would love to design a full footwear line. His bags were great. 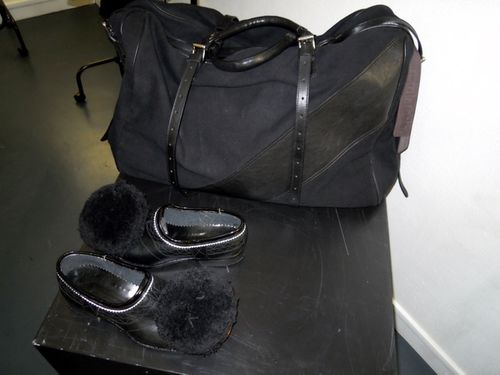 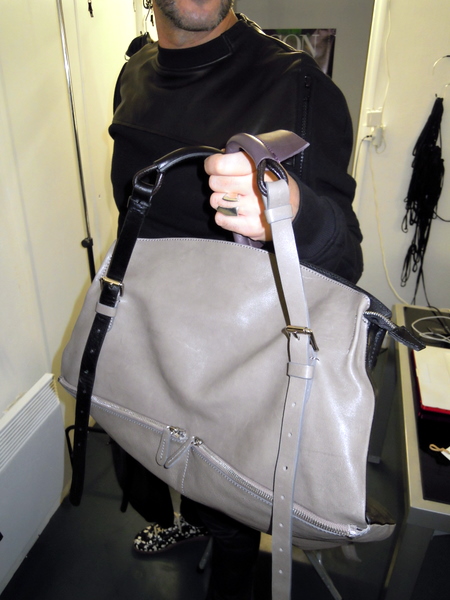