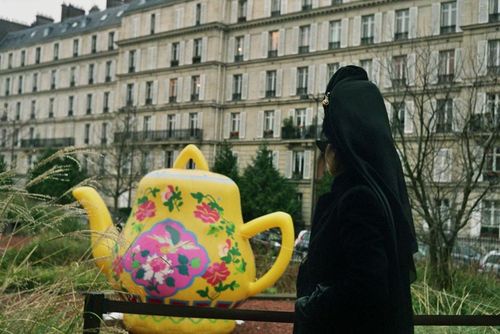 Happy to say that I finally got home without having to spend a night in the airport. I left at 9h30 this morning from Foligno, in Umbria,  to Rome, when I arrived it said the flight was on time. I thought that was a miracle but as the hour of the flight got closer, they posted hour late then two hours late, then four hours late…the little snow in Paris has caused major traffic problems so my driver could not come to pick me up and I waited in the freezing cold for what seemed like forever to get a taxi. Had my cup of tea and have no travel plans till January. Very happy about that.