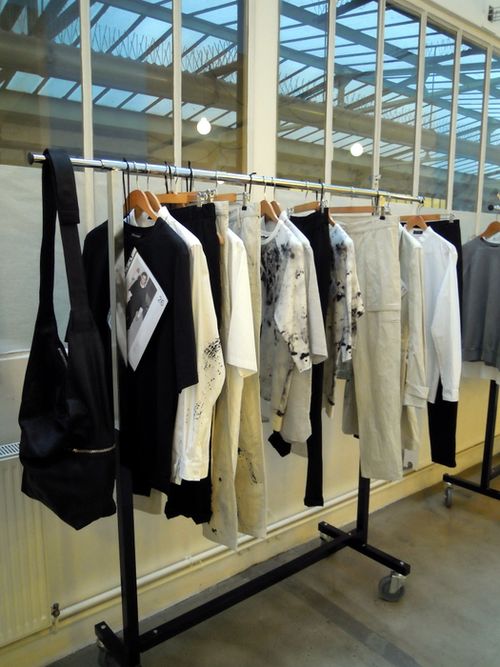 I was in town yesterday and made a flash visit to Kris Van Assche's beautiful showroom in the 11th arrondissement. He put on a great show last June and I wanted to have a closer look. Cyril Caron welcomed me to the showroom and I enjoyed our chat. 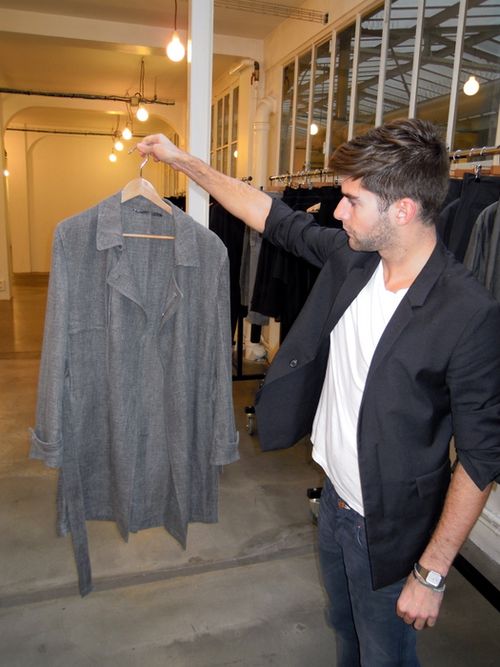 My favorite pieces were the ones covered with splashes of ink, which was a nice way to do print and embellishment. It felt fresh and spontaneous. 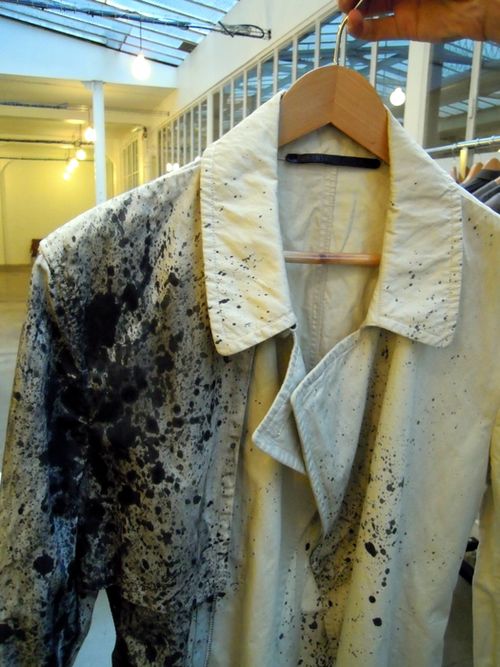 Accessories were strong, too, with black leather sandals zipped in the back. I spotted a lovely printed scarf, too. 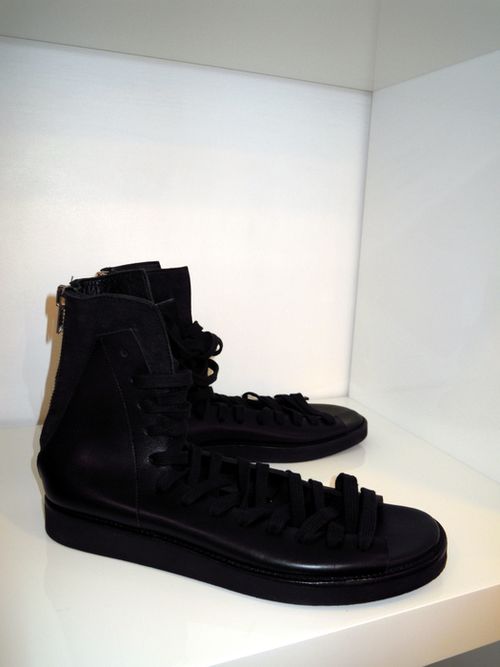 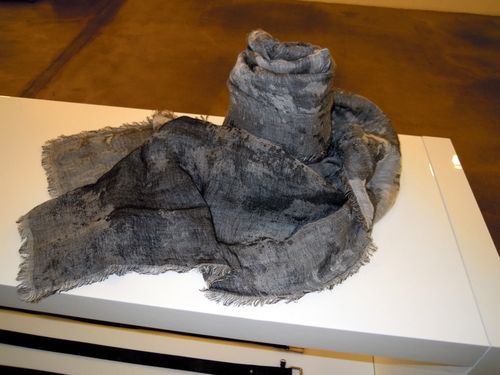