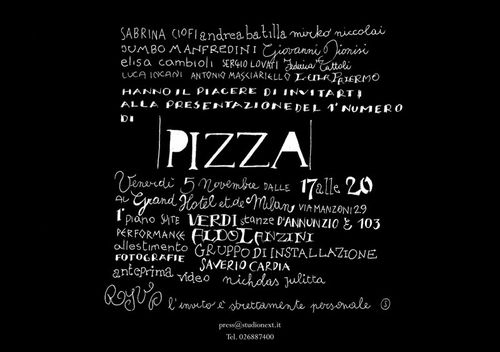 PIZZA mag will officially launch on November 5, at 17h20 at the Grand Hotel et de Milan.

The Grand Hotel et de Milan is  where musician Giuseppe Verdi lived and died and where poet Gabriele D'Annunzio spent his love affair with Tamara De Lempicka. PIZZA will show a performance of the artist Aldo Lanzini Aviance, an installation of Gruppo di Installazione, a fashion photoshoot by the photographer Saverio Cardia and the video preview of the Nicholas Julitta collection.