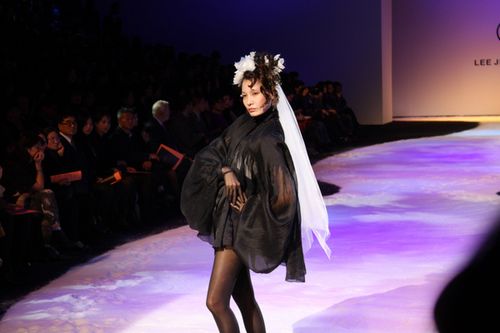 The Seoul shows have drawn to a close and it's time to reflect upon some of the season's highlights. I have a bit of a weak spot for Lee Jean Youn's collection of broken brides, searching for faith and eternal love. Called "The Strange Wedding Ceremony", the collection played with polar opposites, contrasting tones and fabric combinations. Some pieces were exquisite and had a Couture quality. In fact, I was hardly surprised when I found out he actually shows during Couture in January and July. He also won the Mango Fashion Awards in Barcelona last year and has a style of his own. Think of him as Korea's answer to John Galliano. 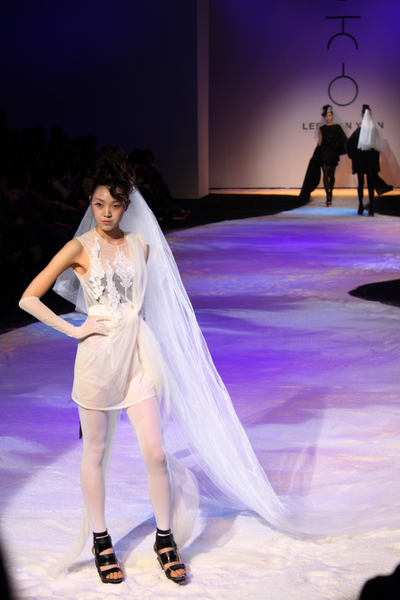 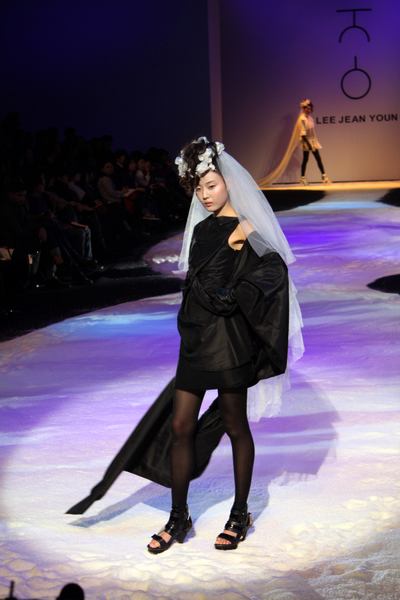 His sense of cut was apparent in the simpler pieces, such as this chiffon blouse. The clothes were ethereal, elegant and theatrical. 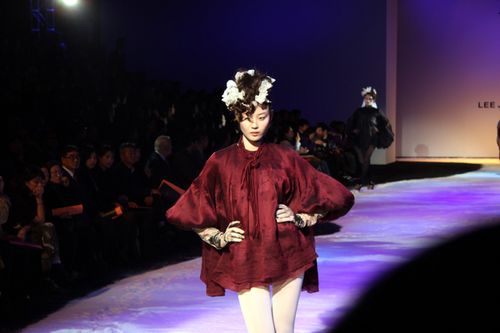 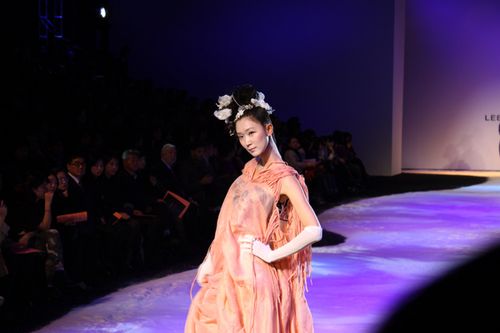