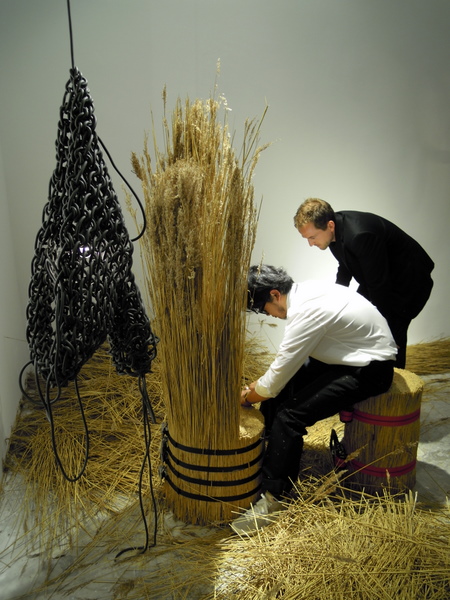 Kwangho Lee crafting one of his stunning Zip chairs, made out of rice straws

I checked out Kwangho Lee's opening at Hunting and Collecting last night and loved his work. Using mundane materials as a starting point, the Seoul-based, South Korean artist draws inspiration from his rural childhood and imagines new, singular shapes, creating objects with an organic feel, echoing nature and the beauty of simple things. The opening was part of Design September, a yearly initiative promoting Belgian and international design to a wider audience. I enjoyed the way Lee referred to yarns and knitting techniques in some of his lamps and pieces of furniture. 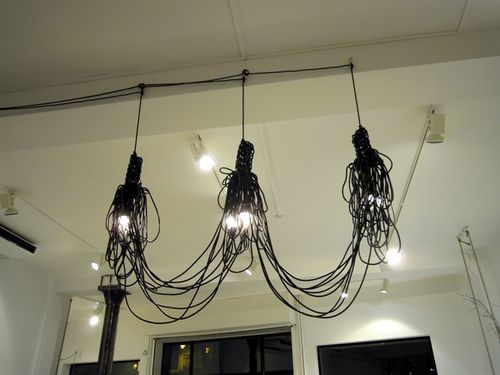 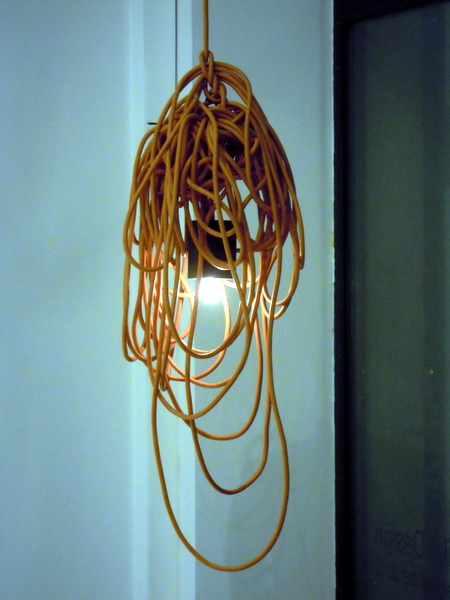 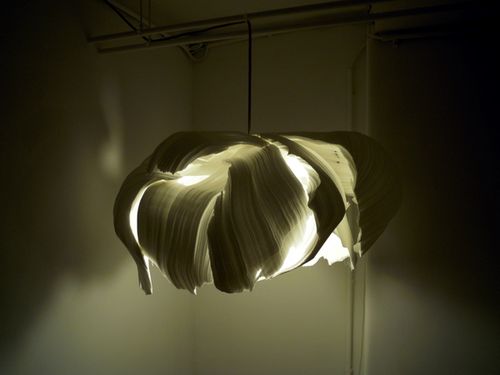 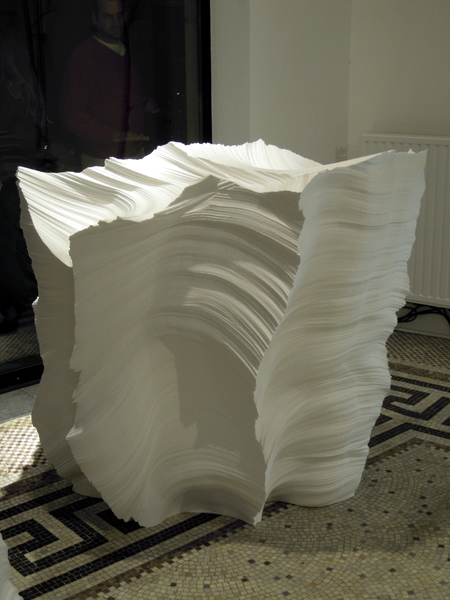 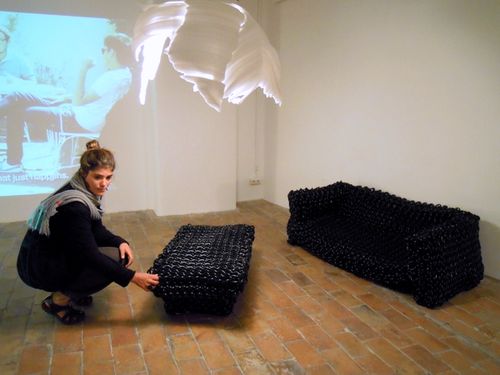 Kwangho Lee is represented by Victor Hunt in Belgium. His pieces will be showcased at the store until the 30th of September.