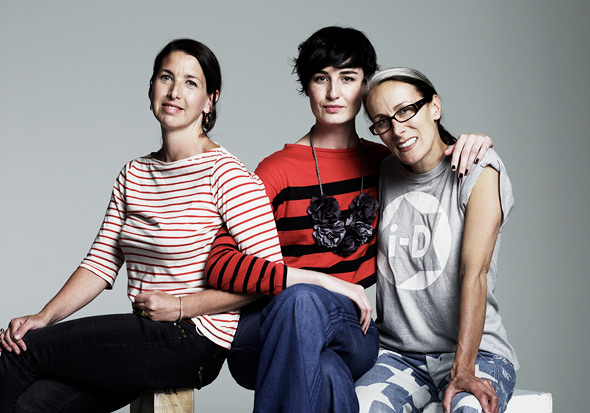 SSP: At What point in your fashion career did you recognize the impact/ effect of unrealistic body sizes and decide to REACT to the fashion industry's size 0 status quo?

DB: Around 1992, whilst Executive Fashion Editor of Arena mag, i started training to become a psychotherapist which took me down a different road. In particular, I furthered my understanding on the power of mirroring (personal and cultural) and its relationship to self esteem. Before working in publishing, previously I'd been a director of a successful PR company called Lynne Franks so I already knew the power that media and consumer marketing industry had to target and communicate to women.(Or manipulate, depending on one's viewpoint). I had created and handled many campaigns for fashion clients.

I suppose my boiling point was 2001. Commercially, two things played a key part: The advancement of digital technology and its unregulated use of digital retouching/manipulation and the way that mainstream consumer brands were using fashion imagery (and it's associated luxe production) as a one stop shop to position mundane mainstream goods so it was as if a global wallpaper of fashion imagery popped up. On a personal level, I was moved by the rise of good looking women I knew being so self-critical and considering cutting up a 3D form, their bodies, in an attempt to resemble a 1D form, a media image (that wasn't even realistic in the first place). Seemed a bit nuts. Having become a mother, I also felt a protective instinct for younger generations growing up with this as the potential norm.

CF: I have worked in TV for many years. In the late 80's we set up a large consumer fashion show called Clothes Show Live. It took place over 6 days and with 250,000 visitors it was a important space to keep the fashion shows realistic by using models that were relaying healthy messages to the young women that paid to be there. later I decided to do a prime time documentary on fashion and it's promotion of the emaciated woman after I saw many models dropping weight to unhealthy levels during the heroin chic years. Over the years it has been a subject I have often returned to with strong opinions about the fashion industry's unthinking approach. it is such a strong communicator to women about their bodies…it could take a more emotionally considerate approach.

SSP: What made you unite and found All Walks? Why is it important to you?

CF: We (Caryn, Debra, and Erin) all realized we were feeling the same way but reacting differently within our industry.  When Susan Ringwood chief exec of Beat, a charity for eating disorders) asked up if it was possible to show fashion on a range of body shapes, we put our heads together and came up with All Walks Beyond The Catwalk-it has taken shape over the last year and has grown. We now deal directly with Lynne Featherstone Minister for Equalities over issues to do with the manipulation of femininity in the media and we initiated a large educational think tank at Graduate Fashion Week this summer reaching colleges and universities up and down the country to see if we can add diversity to the curriculum.

DB: The Beat Project brought the three of us around the same table. My kitchen table to be precise. It was the first time we had really met properly. As we chatted, we realized how much common ground we shared but from different fields of expertise.  All Walks was literally born out of this dynamic exchange. It's very important to me because I love the beauty, fun, and sensuality of fashion. When used to express oneself, it's such a brilliant resource but when used to validate oneself as good enough-not great at all.

SSP: What is your mission and approach/strategy?

CF: To expand upon the imagery coming out of the fashion world by celebrating the diversity of shape, size and shade. Put simply, we work with a range of professional models in age, size, skin tone and match them to high end designers to create the inspirational yet realistic imagery we are so in need of. Women cannot separate the clothes from the body and they feel they are being sold a beauty ideal. Just by creating a different way of showing fashion we feel we have put something more female friendly out there. And this turn has contributed to change…Mark fast met Hayley who is a UK 14 on our shoot we have a fantastic picture of her in  his designs but he took it further and decided to feature her in his catwalk show..the rest is history.

DB: Ultimately we are an organization interested in empowering the individual and feel now is the time to broaden the message that the fashion industry sends out to the rest of the world. We can't do this alone, so we are hoping to inspire our industry to participate. We have taken an inclusive approach. our mission might seem a bit bold and it's sometimes hard because even by the simple task of expanding on high end designer imagery on a wider range of models, be it size, ethnicity or age, there can't help but be an implicit challenge to the current perception of beauty and values held within the fashion world.

SSP: Who in your community was receptive and encouraging from the start? Who was not?

CF: All the creatives we approached were encouraging, photographers, stylists, graphic designers, make-up artists, young designers. i-D Magazine really got on board and gave the feature 8 pages. On a business level from Spring Studios, Six Creative and Mark & Spencer were brilliant.

DB: There were a lot of people in the industry who were wary of our launch project, and not convinced that we could do it in a credible, industry literate way-however, as Caryn mentioned-from our introduction of Hayley to Mark fast and the huge media coverage gained, peoples attitudes have shifted. Over the past year, we have seen a global conversation about body shape unfold. We are just happy to contribute our piece to this.

SSP: What were the most important ingredients(government, models, health organizations, financial assistance) for the launch and longevity of All Walks?

DB: First the willingness of the designers and models. Without them there would be no All Walks. A close second is the British Fashion Council, who gave All Walks a home in the heart of London Fashion Week at Somerset House. Although there were understandable reservations, having the official thumbs up, meant a lot. Financial assistance will need to be our next focus. We have not approached Sponsors yet. However, we have some amazing ideas and opportunities lined up, so we are very interested in forging relationships with the appropriate brands/companies to support developments over the next three years.

SSP: So far, what are your biggest accomplishments, and changes/actions you've initiated?

CF: A change in climate…a shifting in thinking…suddenly this is a subject everyone has an opinion about.

SSP: Do you foresee a fashion world where "All Walks" becomes the status quo? What do you really think needs to happen?

CF: I would love to think that fashion will naturally prioritize female friendly fashion and emotionally considerate design and messaging but things need to take root at quite a deep level…students of design only ever train on a size 8 tailor dummy…they do not know how to create clothes for ordinary women, with ordinary figures…this has to change…surely creativity is about making all women look beautiful.

DB: One has to dream, regardless. We understand the pressure on young designers to create signature looks to carve out their niche…But it also makes commercial sense for designers to design with bodies in mind. too many good designers just end up as a window display and are not re-ordered.

There's a lot to happen. The shift to digital is unfolding in our lifetime. Just because we have the digital capacity to make someone look 20 years younger and 8 inches taller, is it OK to do so? Regardless of intellectual understanding, people instinctively believe  photography to be real and those images penetrate. So when is enough, enough? Who is leading the way in demonstrating a healthy way to proceed? We are an industry of image-makers, so what part can the fashion industry play in this? How can we lead the way? All ideas welcome.

All Walks Beyond The Catwalk 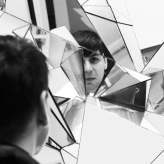