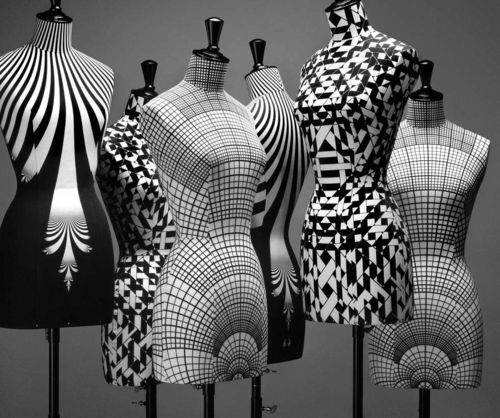 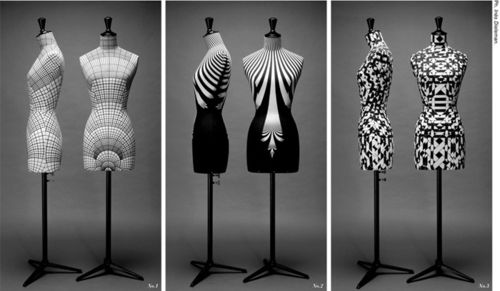 Paris based Emmanuel Bossuet is an art director who conceives his work with intense decorative dimension. In the beginning of his career he was a graphic consultant to Philip Stark. EEM was established as an agency aimed to one-of-a-kind projects. His clients include Martine Sitbon, Sonia Rykiel, Cartier, Lalique, Swarovski and Knoll where he was asked to express their immaterial heritage.

The stockmans above show how he likes to divert objects from their original function to arresting pieces. This year he collaborated with the mannequin masters STOCKMAN and produced a limited edition of "haute couture" busts.