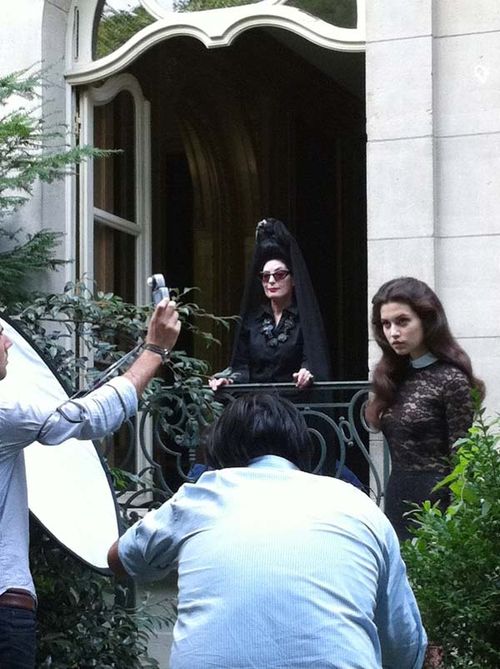 A friend asked me to pass by and be an extra in a photo shoot. The entire team from the Creative Director, Art Director, Photographer to the  make up artist were adorable and for a second I felt like I was on the set of Tilda Swinton's latest film, "I am Love" by Luca Guadagnino> More than that I cannot say.