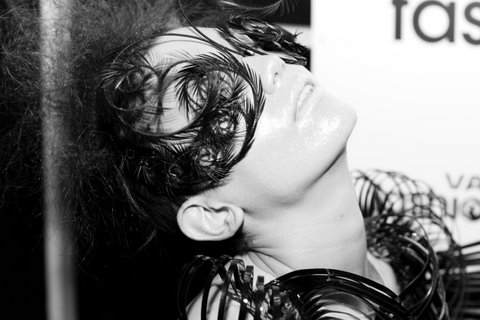 It is rare in fashion that you meet new talents so utterly immersed in their own world and passionate about their work that the encounter leaves you feeling joyful and inspired. Iris van Herpen is one of them. The Arnhem-based, Dutch designer clearly has a mind of her own. She shows her collections in London and has enjoyed growing attention both from press and buyers over the past year. She may appear frail and fragile, but her imagination has no limits. Iris is on a total creative trip and her strength is to take you there along the way. I can