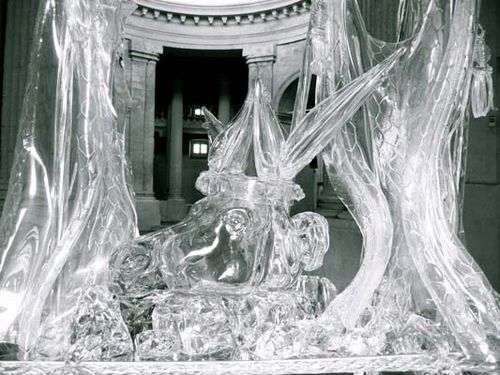 I just came back from having tea with an old friend of mine, Izhar Patkin,   I had not seen him  in at least 20 years. He has been  in town for a few days  for the exhibition at La Conciergerie which goes on until December 13th. 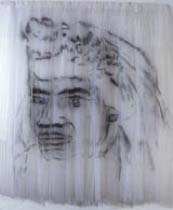 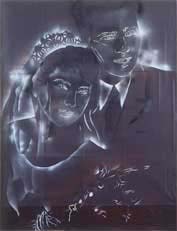 When I came home I visited his website and among other things watched a video that he did of a live performance in 1983 called Meta Bride. This was a bit of nostalgia, in those days his dealer Holly Solomon was  representing him and the performance took place on Easter Sunday at her gallery. He   asked me to design a wedding dress for the bride and the catch was that it had to work on a backwards contortionist. The video is on the home page click The Meta Bride and you can hear David McDermott performing a piece created for the exhibition and of course watch the bride in Diane Pernet.

While you are on the site you might enjoy the other videos and interviews. 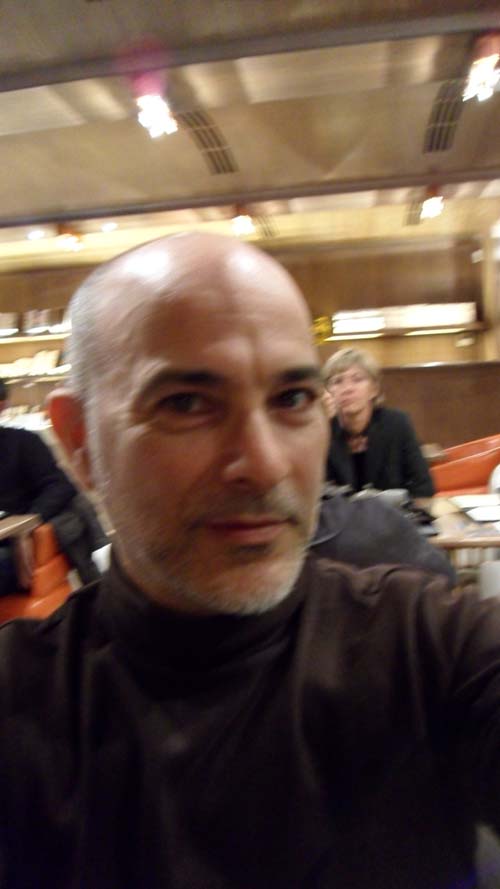 I asked Izhar to take his own photo with the Samsung ST550, he loved the idea.