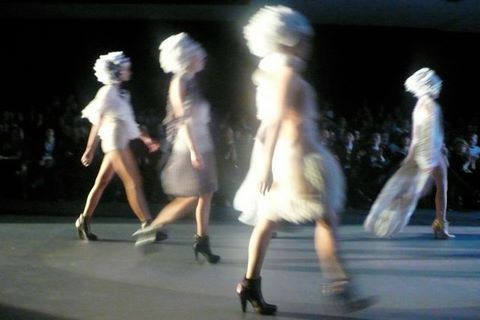 The finale at Vika Gorenco

One of the best collections I saw last night was Vika Gorenco's. She only worked with knitwear pieces and designed outfits that were not only creative and romantic, but showcased her technical skills, too. Her dresses were soft, feminine and effortless, while she subtly experimented with shapes and volumes. Her show worked, because it was focused, coherent and offered a new perspective. 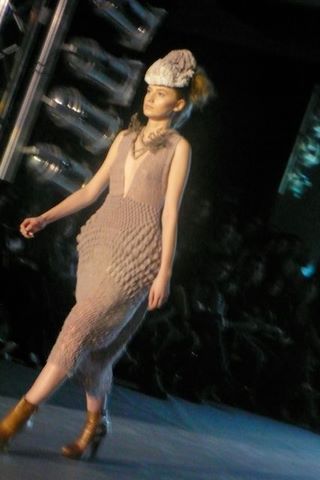 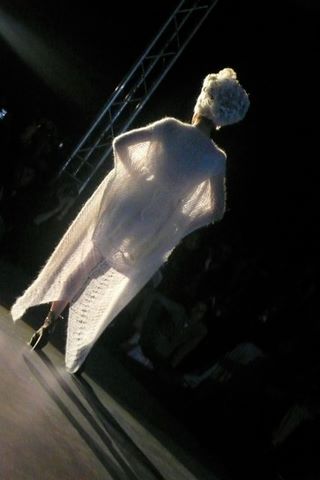 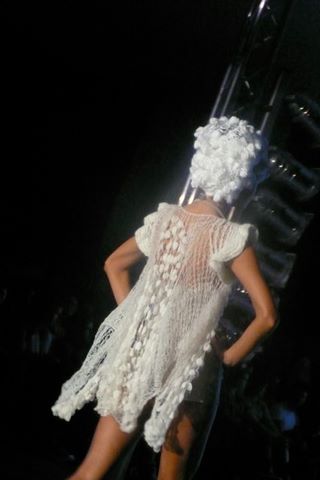 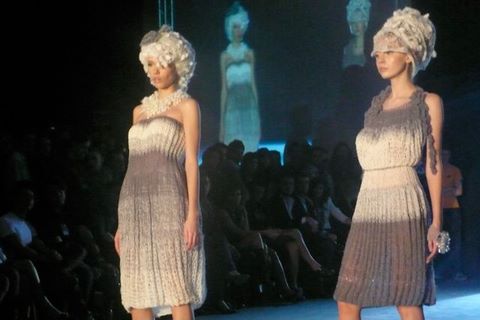 I also liked Mihaela Ciurlugea's collection of mostly black outfits, which had a turn of the century feel and a restraint that felt elegant. 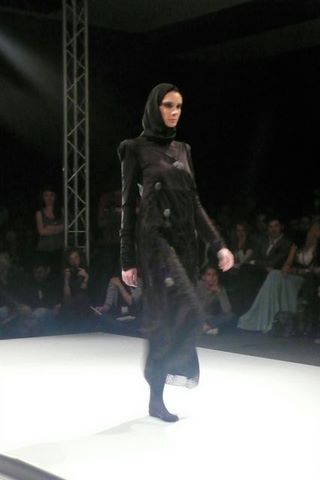 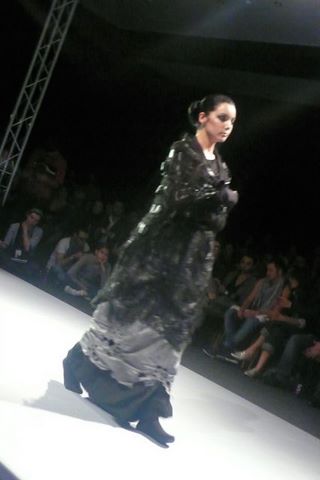 I have to say the laser lights were quite impressive. 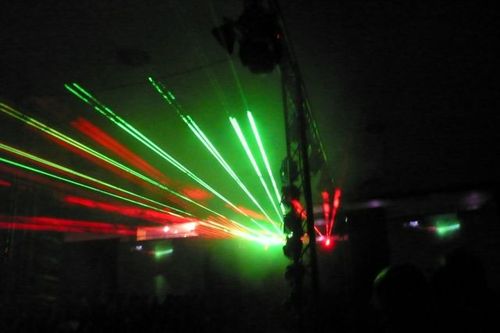