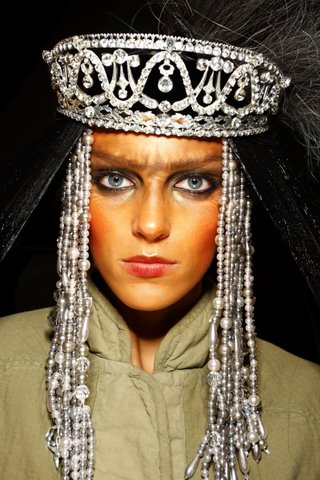 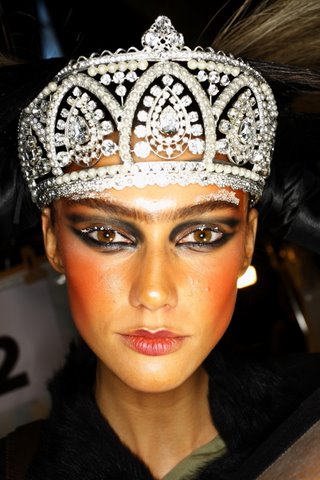 What is it with designers and Russia at the moment?? It seems to be an ongoing obsession this season and John Galliano seemed glad to yield to it. Inspired by nomadic princesses braving the snow and looking for sunnier shores, he sent out some fantastical clothes on a parade of bejewelled, bronzed women who would surely have made oligarchs' wives jealous. Voluminous coats, huge hats and luxurious furs were all part of the necessary attire for such a far-out journey. 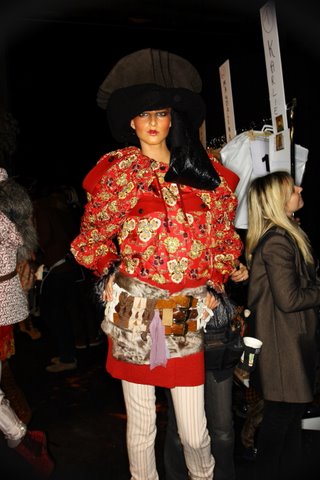 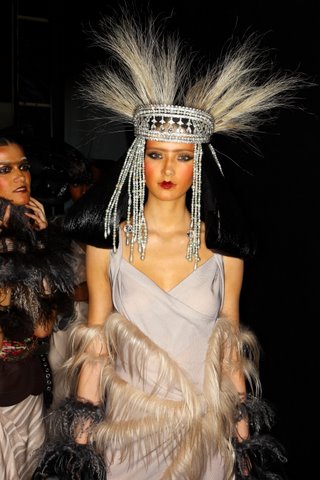 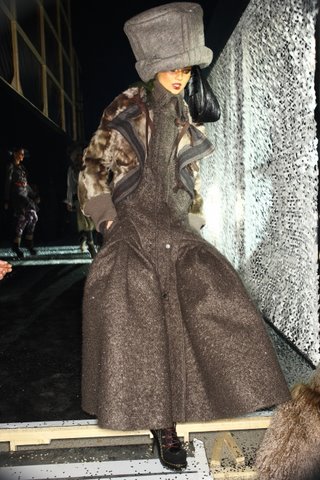 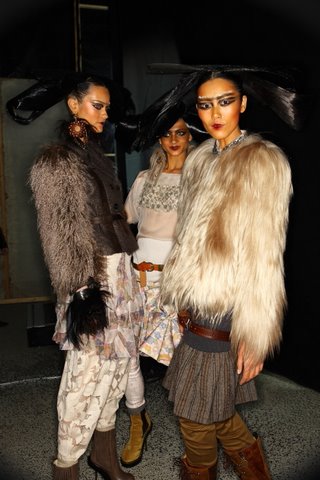