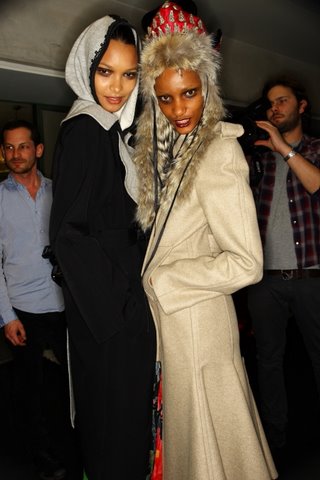 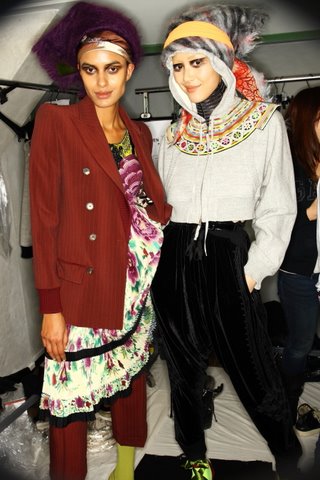 Jean-Paul Gaultier was in a very multicultural mood for his last collection, where he freely mixed various elements from different folklores and cultures. Once you took all the "ethnic" touches away, you had some impeccable, elegant pieces that would last you a lifetime. Gaultier knows how to cut a great trench coat, a slouchy pinstripe suit or a black tuxedo dress. You just need zee new theme for zee d