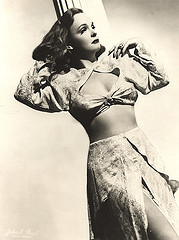 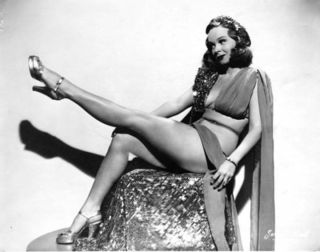 BETTY ROWLAND THE BALL OF FIRE

Betty Rowland, whose burlesque moniker was THE BALL OF FIRE, at 93 years old has a spirit and love for life that is contagious and invigorating to be around.  I secretly wish I had met her in her hay day, for as you can see, she  was quite a knock out. I had a pleasure of being introduced to Betty several years ago by my good friend Liz Goldwyn who spent 10 years interviewing Betty and many of her contemporaries, for her documentary PRETTY THINGS (2005) and her book, Pretty Things: The Last Generation of American Burlesque Queens (HarperCollins 2006). 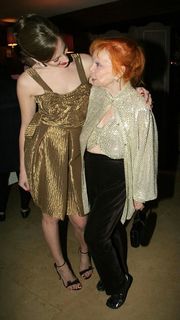 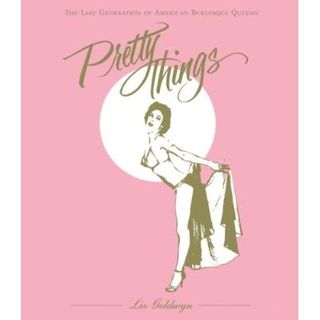 Betty was one of the most famous burlesque queens of of her time and among many other accomplishments, claims she once dated Orson Wells. Regrettably, like most of her peers, Betty was never quite able to break her way into mainstream Hollywood. In 1941, Liz`s grandfather, Samuel Goldwyn, produced a great screwball comedy, directed by Howard Hawks, called BALL OF FIRE, starring Barbara Stanwyck , not Betty. However, the costumes in BALL OF FIRE (designed by legendary Edith Head) have striking resemblance to some of Betty`s signature costumes from her act.  Around the release of the film, Betty sued Mr. Goldwyn as part of a publicity stunt on the advice of her publicist. Almost 60 years later, through several intriguing twists of fate, Liz sought Betty out to document her life story as a burlesque dancer and to attempt to re-imagine a generation of performers whom she felt deserved more respect as their artistry was in general over looked and misunderstood.

In 2008, I had the special opportunity of shooting Betty and Liz together for a photography book I produced, called HARMONY.
The book is a collections of portraits of Los Angeles-based artists and
performers, shot by my good friend, Japanese photographer, Mote Sinabel.
On the set, Betty delivered many one-liners with sass and personality
of a woman a quarter of her age, that made everyone laugh. Over the
years, I have always enjoyed Betty