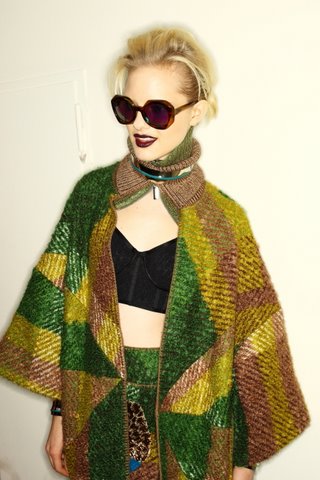 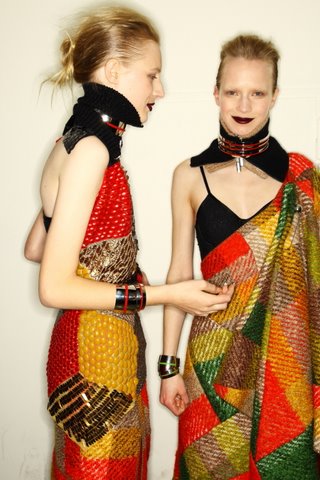 Missoni's collection was strong on textures, patterns and innovative shapes, which had an unexpected tribal feel. The outerwear pieces were perfect and instantly desirable: huge capes and slouchy coats in thick, luxurious tweeds and woolens. The styling's "savage" touches made some of the looks even more elegant and unconventional. 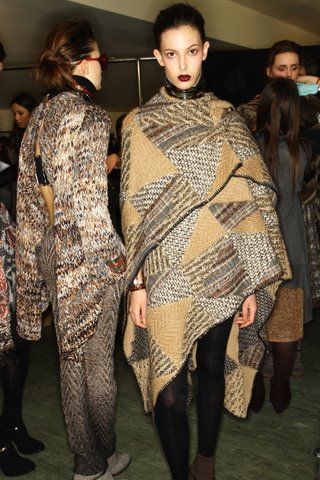 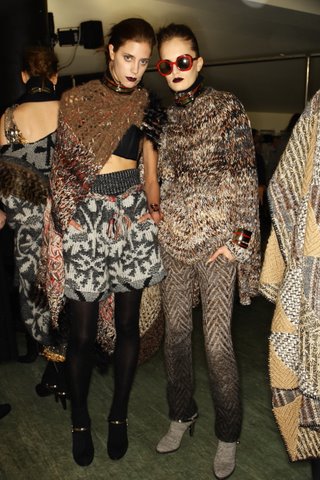 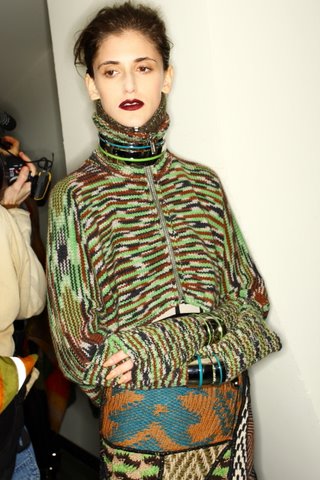 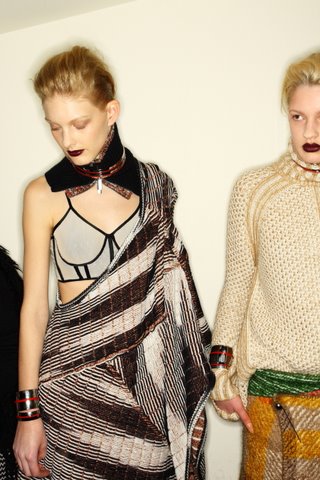