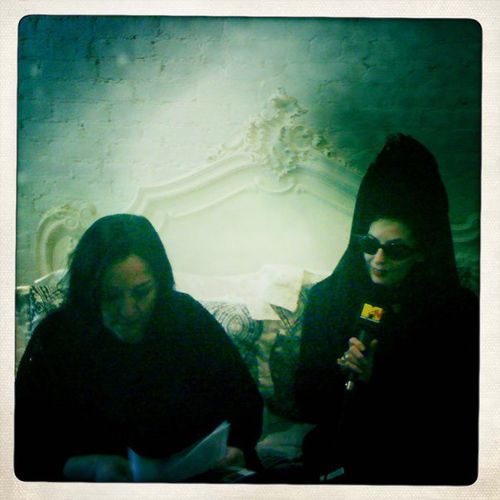 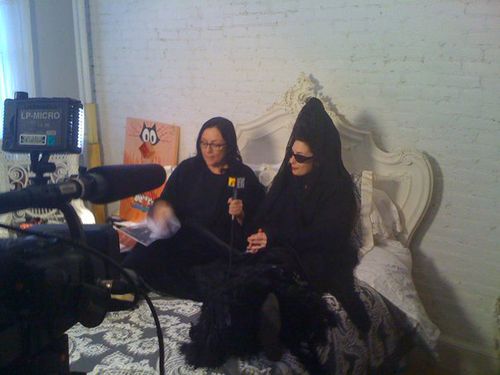 In bed with Kelly Cutrone, whose book is now on the New York Times bestseller list. I had a nice visit with Kelly when she asked me to stay a little longer and join her for her MTV tv spot. MTV wanted Kelly's opinion on actresses and their red carpet choices then a comment or two on Lady Gaga's new video, Telephone with the amazing hat by Fred Butler.. It was all very Andy Warhol and Glenn Belverio captured the moment. 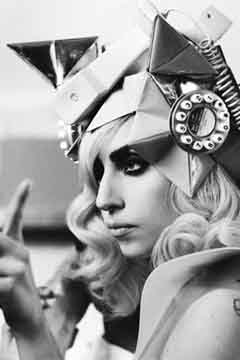