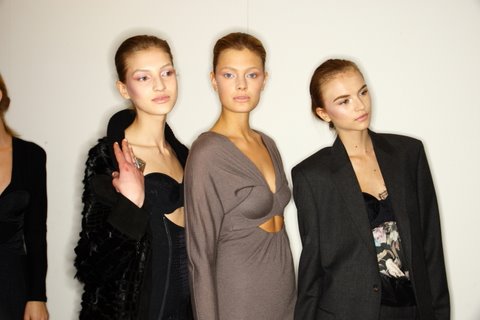 Preen presented a convincing show where they managed to combine hard and soft, using slouchy, menswear pieces and structured, lingerie details on tops and dresses. There were nods to Romeo Gigli and early 80s Milan, with cocoon-shaped coats and fluid, draped dresses. 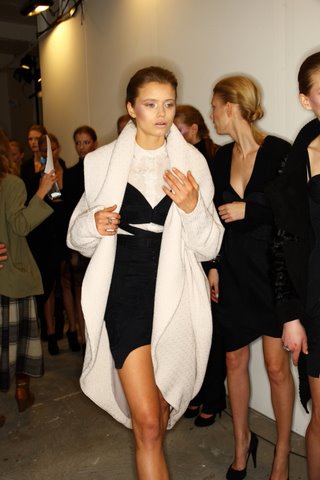 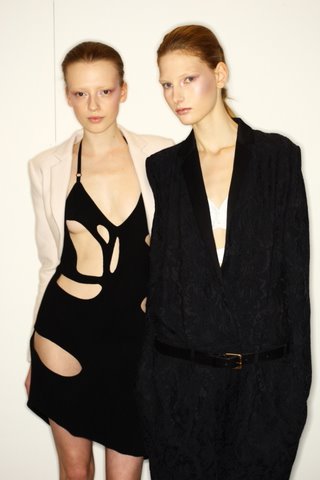 The best outfits were often monochrome and worn against bare skin. 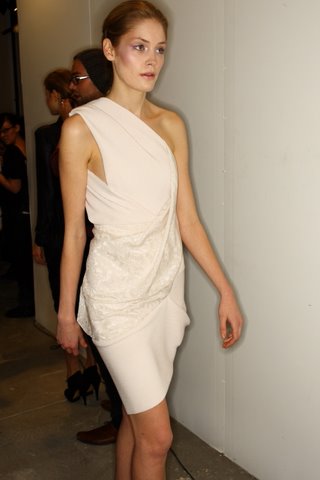 Loved that goddess dress, as simple and unconstrained as a toga.