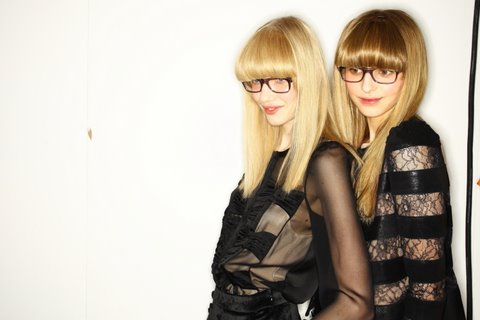 Indie darling Erin Fetherston explored the softer side of NYFW, with languid, easy separates and wispy fabrics, such as chiffon and lace. The silhouette was light and romantic, very 70s in spirit with a distinct Nico vibe. 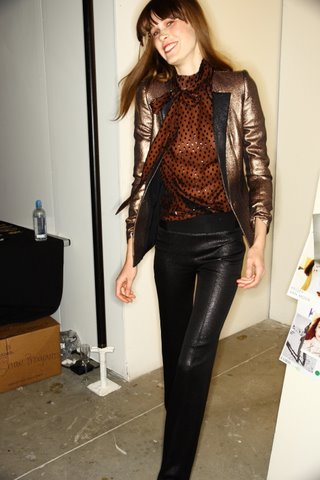 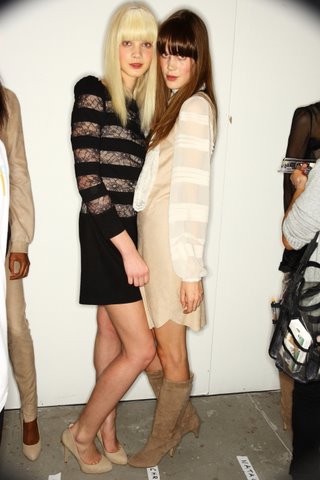 DP congratulaled her after the show 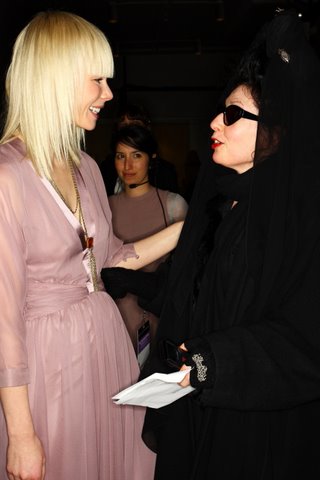