Julius delivered a strong show called "GOTH_IK;" which was inspired by a winter trip to Prague. Tatsuro Horikawa wanted to rediscover the roots of Gothic and its dark beauty. The show was raw, intense and had some very strong looks. The styling was more intricate than last season, but there were still gorgeous leather pieces, thigh-high boots and impeccable tailoring. 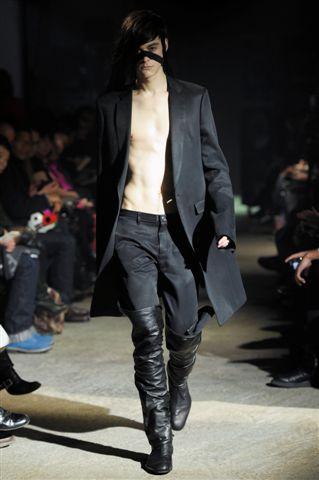 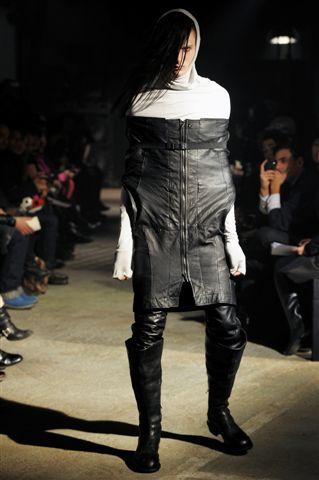 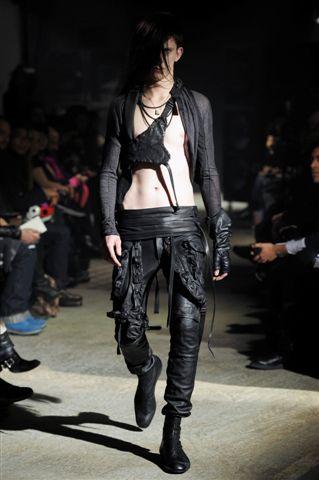 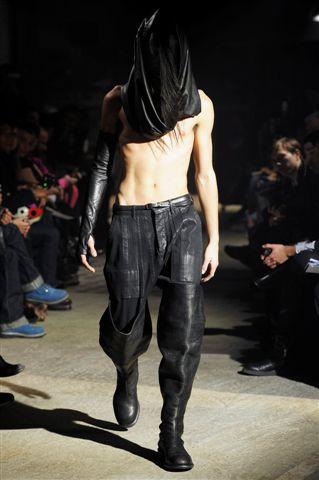 His voice is growing stronger each season and he is part of a new generation of designers going beyond the limitations of clothing to come up with a whole creative dimension. 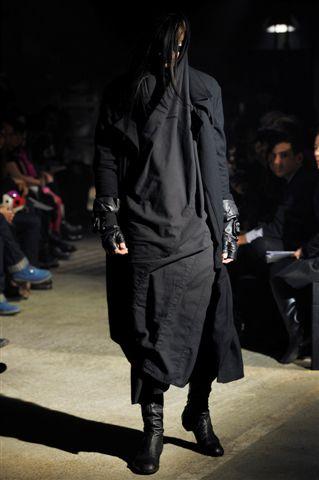 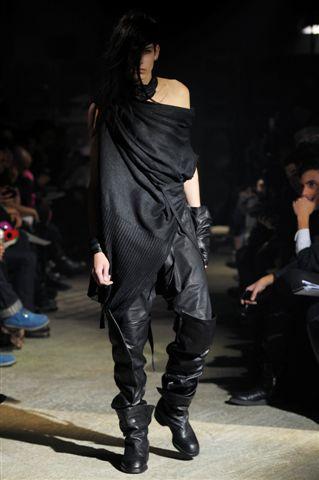