Ann Demeulemeester presented a beautiful and poetic show. Working with a restrained colour palette, she focused on great, slouchy paper-bag waist trousers, which she paired with tailored shirts and streamlined coats and capes. 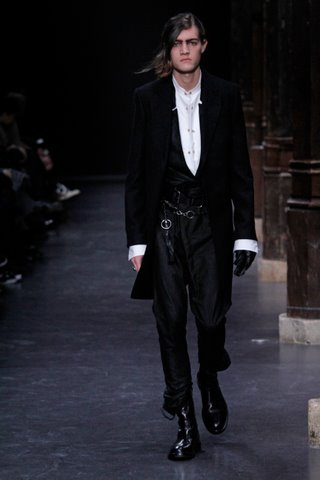 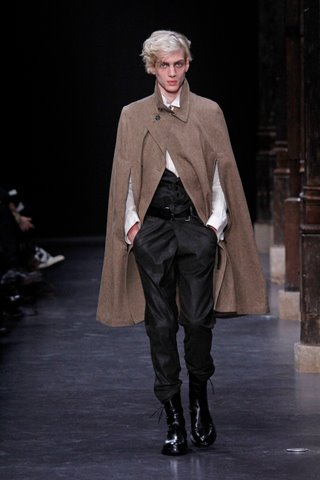 Outerwear was a strong theme in the show. I loved the soft, chestnut fur coat with a huge shawl collar. 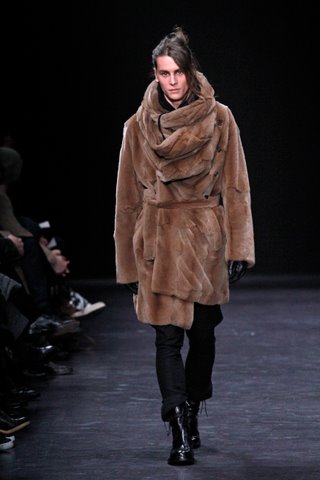 Feathers have always been part of Ann's vocabulary and those pieces she showed towards the end were just exquisite. 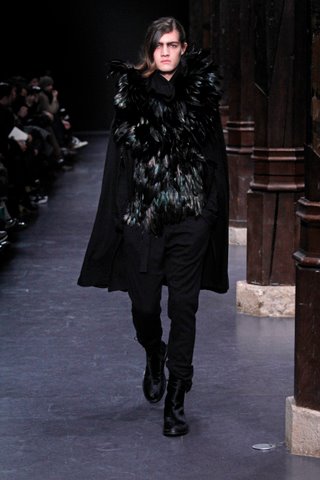