Viktor & Rolf have been redefining their menswear line over the past year, adding refinement and luxury to their clothes, while keeping their sense of irony and love for paradox intact.

Their presentation was strong on textures, dark colours and heavier fabrics, making the clothes timeless and substantial. A slightly nonchalant vibe was also there, giving some of the looks a dandyish touch. 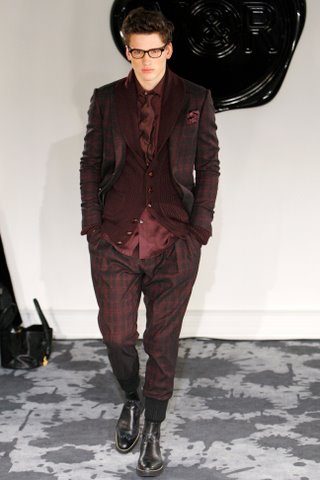 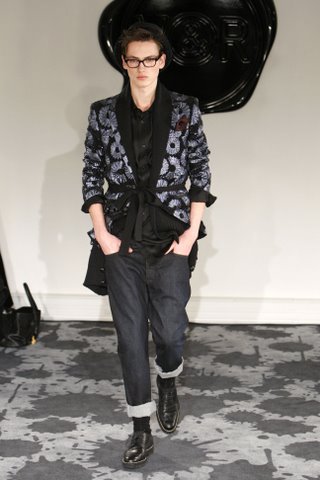 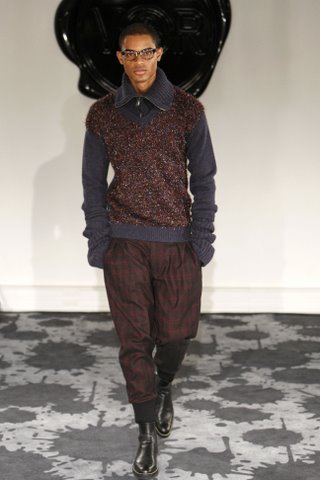 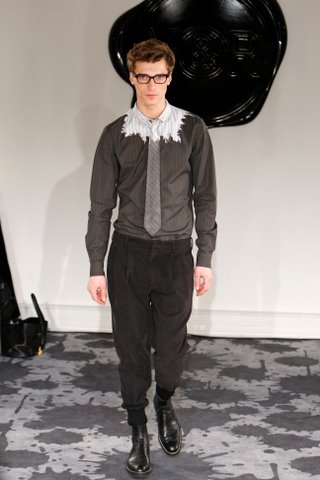