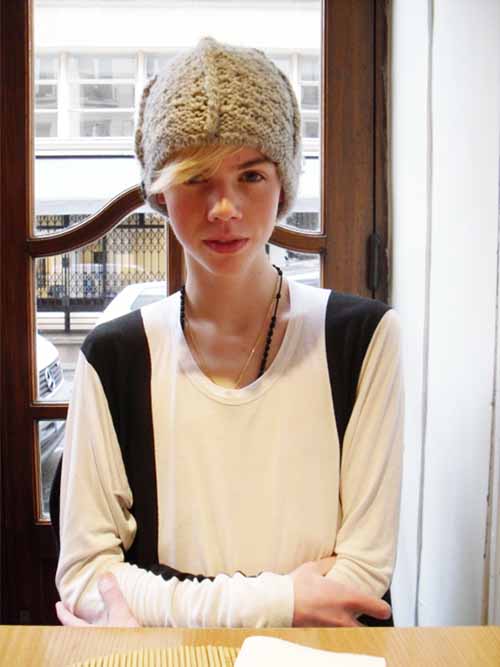 Charles at YEN wearing Gareth Pugh -the hat is part of his school wardrobe.

Yesterday I had lunch at YEN with Charles, in addition to our normal conversation I gave him a briefing for his work covering some of the mens shows for me while I am in Mexico City. I don't know anyone that loves fashion as much as he does so I am looking forward to his contributions as a correspondent for ASVOF.