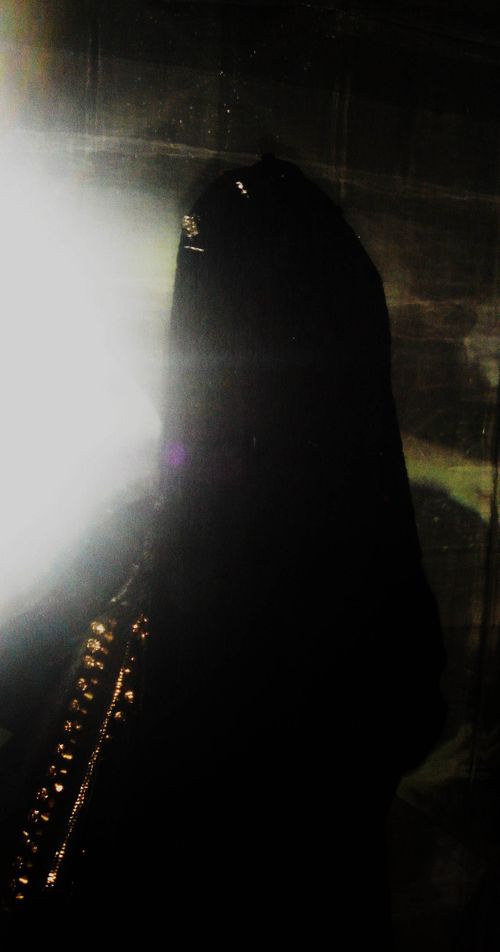 I love this image taken by Marco de RIvera at the Bon Marche last night, the gold studs on my new Givenchy bag are like jewels in the night and I'm loving my new hat pins by Noel Stewart.A year ago when I was in Sao Paulo I ran into Noel Stewart in the lobby of our hotel and I was telling him how hard it is to find pins for my veil. He showed me some that he had created and promised we would meet one day in Paris so that he could give me a new set. Yesterday while waiting for the Hussein Chalayan show to start, a girl came over and offered them to me. Lovely. Noel did the hats for Hussein's show. For sure they would be considered dangerous weapons if ever I wore them on the plane.