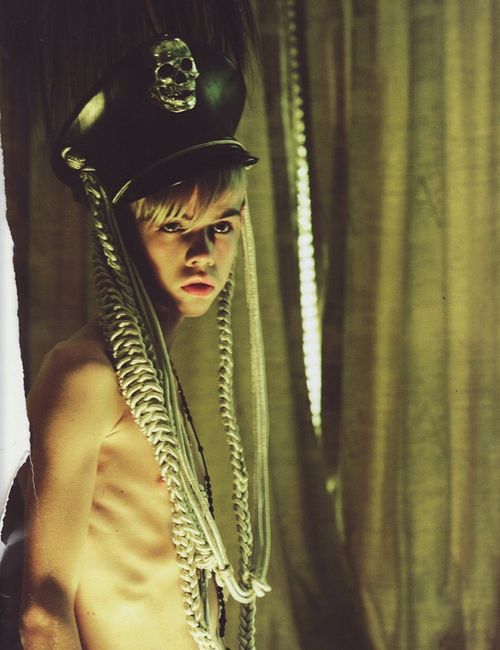 This is Charles Guislain first photo shoot and it appears in the current issue of LOVE. I had a preview on his i-phone the other night as LOVE has yet to arrive in Paris. Charles is an extremely well read and cultured  high school student, two years left before he can apply to Central Saint Martins. He does not want to be a model, he wants to be a designer. Most likely, he'll do  both.