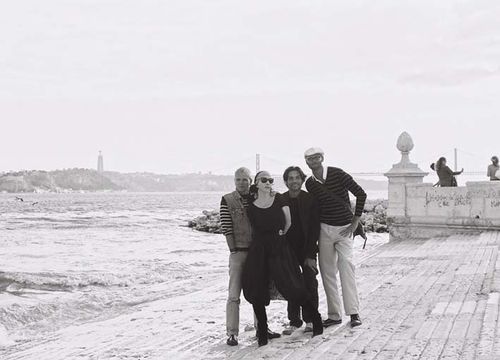 Marcus Leatherdale , Andrea and Jorge Serio and Marc Rader
photo by Marc Rader
Dear Shaded Viewers,
As you know the deadline for ASVOFF 2 films is the end of this month. Andrea Splisgar is having her performance filmed, the making of is almost wilder than the final cut. 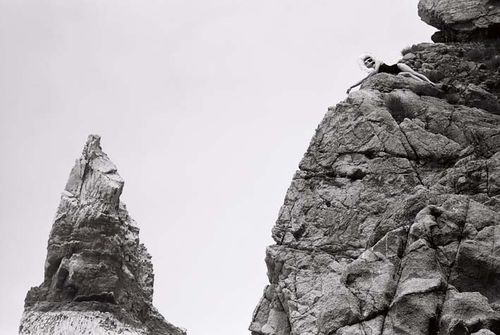 photo by Marc Rader
Andrea in a mask and swimsuiton the highest rocks over the Atlantic ocean of Portugal's amazing coast. Andrea's Butoh moment.
Later,
Diane