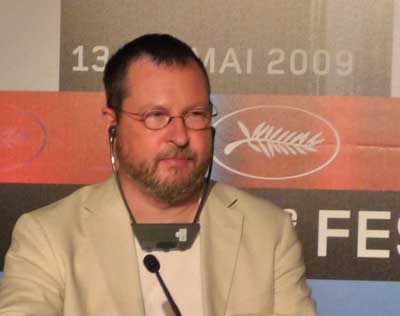 photo and text by Eugene Hernandez for indieWIRE
Dear Shaded Viewers,
Like millions of other cinema lovers, I am following the daily reports on the Cannes Film Festival on indieWIRE. The reception of Lars Von Trier's new film 'Antichrist' brings to mind the reaction  Vincent Gallo's film Brown Bunny received when it screened at Cannes, a film, by the way, that I really liked.
"The day after critics and journalists heckled and booed his new film "Antichrist", here at the Cannes Film Festival, director Lars Von Trier stepped into the spotlight to talk about the movie. A loud boo could be heard as he entered the press conference room, eliciting a faint smile on the filmmaker's face." Read more on indieWIRE.
Later,
DIane