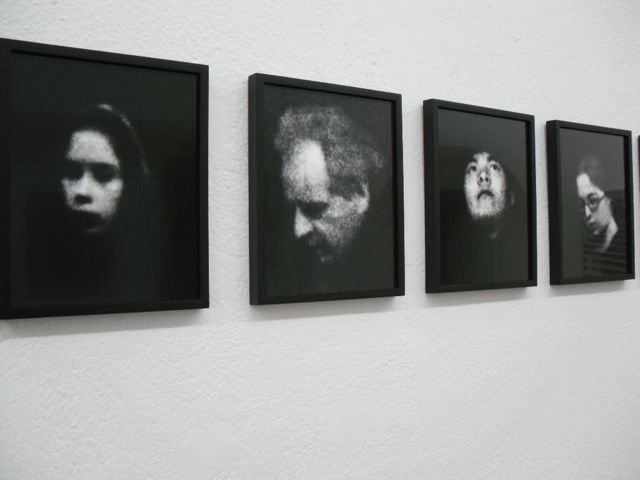 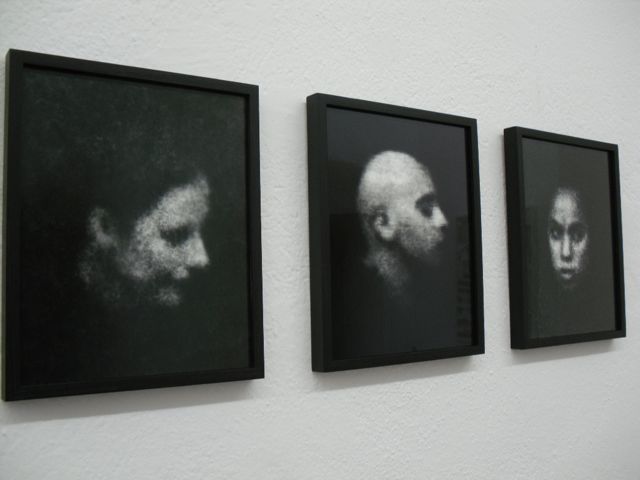 Amy Adams lives in NYC she filmed an elevated subway station at 125th st in NYC from her window. Thousands of people of all ages and types passed by unaware of the fact that they were being filmed. The wandering individuals are shrouded in a dark mist from which the structure and the outlines of their faces emerge. The image source was the video and thus the quality of the images is low and of course her subjects are unaware of her existence. When she enlarges the images zooming in on their faces the effect is strong, stark and penetrating. It’s the first series of photographs you will see when you enter the gallery.