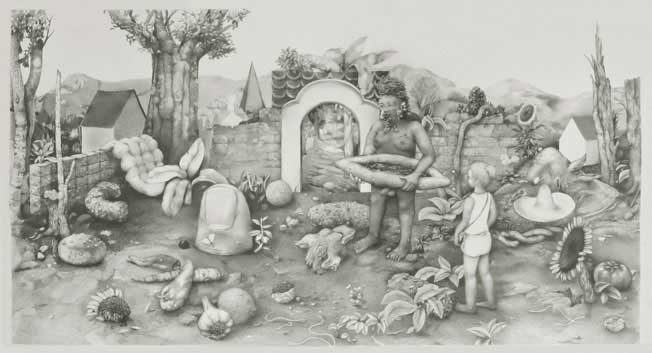 Corentin Grossmann was born in Metz France and lives and works in Berlin. He was granted an artist-in-residency in Berlin where he works on his hybrid forms through which he proposes various themes of reflection using links between various themes of archetypical representations, icons and popular imagery which he pulls apart and creates his own personal system of rewriting which brings to the surface certain unconscious mechanisms of free-associating ideas. He works with videos, drawings and projections . "If I refer to a local, partial, miniscule or very short reality, it's so that I can fit it into the interdependent and infinitely complex movements of the countless elements that make up our cosmos. The ambiguity of the process also resides in the idea by which a tendency toward structure is doomed to fail. It may involve the most superficial and most serious thing simultaneously; placing them together, without any particular hierachy, is a type of poetry that I like."

The exhibition runs from April 9- May 12th