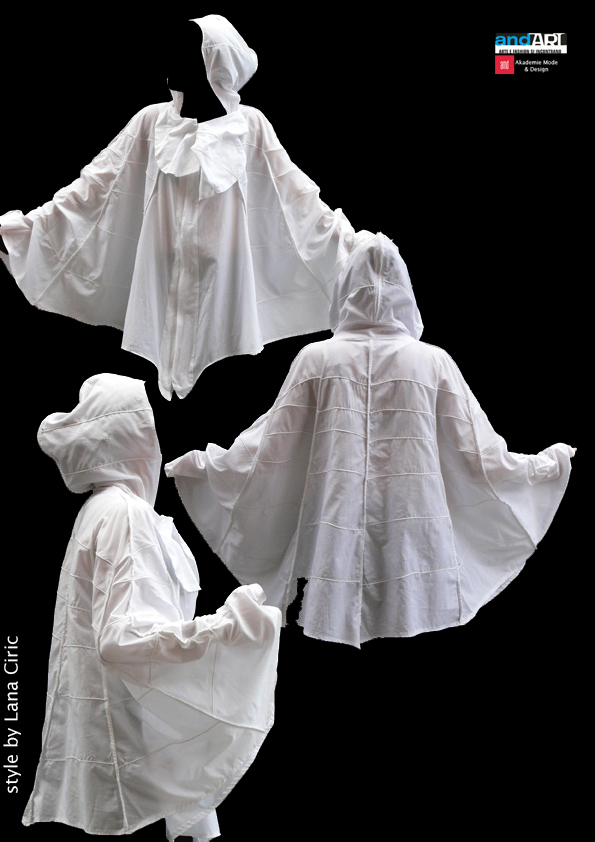 I want to talk to you about a project I consider really interesting. The idea behind andArtcame out of a meeting between Paolo and Giovanni Pistellato (the two names behind And shirts brand) on the one side and Mattori (Orietta Pelizzari and Matteo Bardi) on the other. The project that began with their meeting is simple: the andArt project gives  young creative designers the chance to distribute their new ideas, focusing on white shirts.

So the shirts from being a symbol of classical elegance, thanks to the ideas of this new generation of designers, attention and strong support are given to creativity and originality. 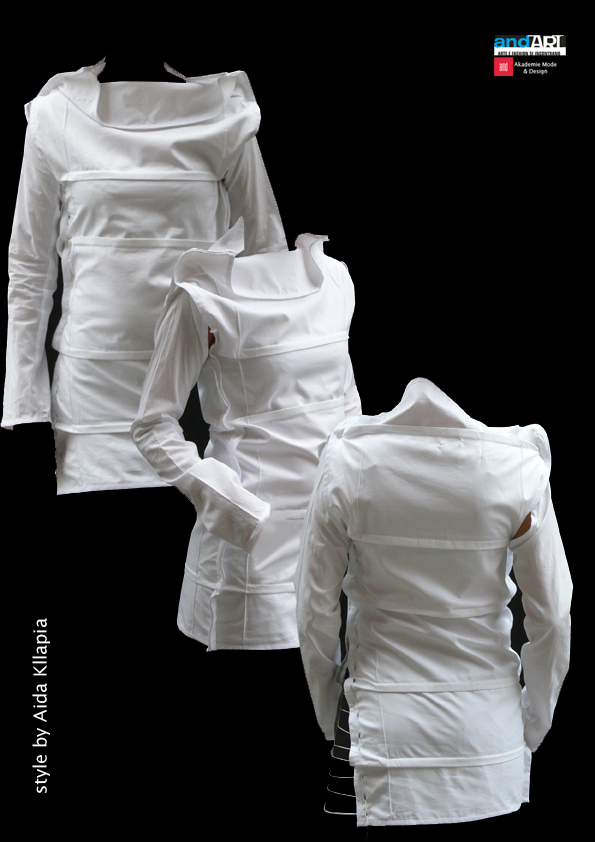 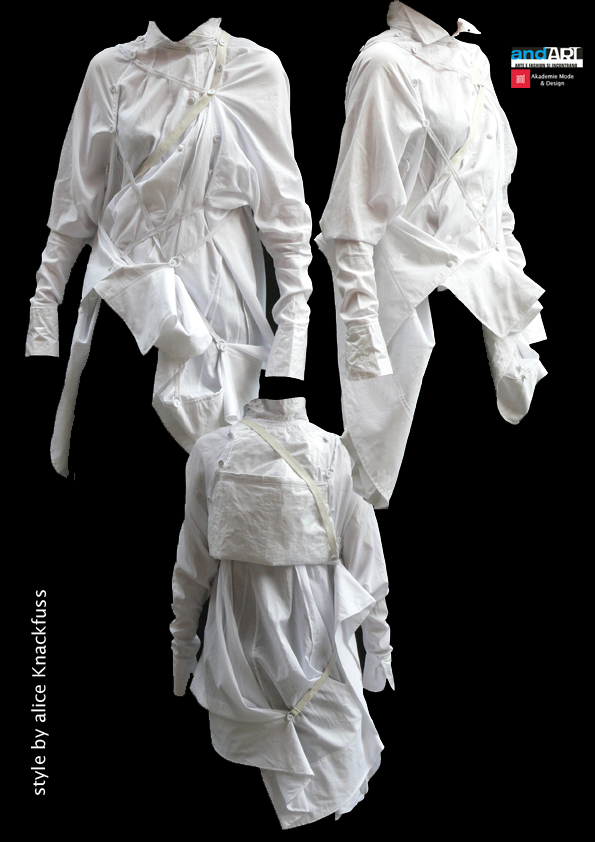 White shirts have been deconstructed, reconstructed, reformed. The exterior changes but the function of the white shirt remains the same. Designers experiment with different cuts, drapes, seams and volumes, the project outlines the new role of an everlasting piece of clothing, and andArt became an incredible journey, involving young designers from HAmburg, Dusseldorf, Monaco and Berlin from the  AMD Akademie Mode & Design. This journey will be a traveling exhibition shown at selected AND stores all through Italy. www.andart.it 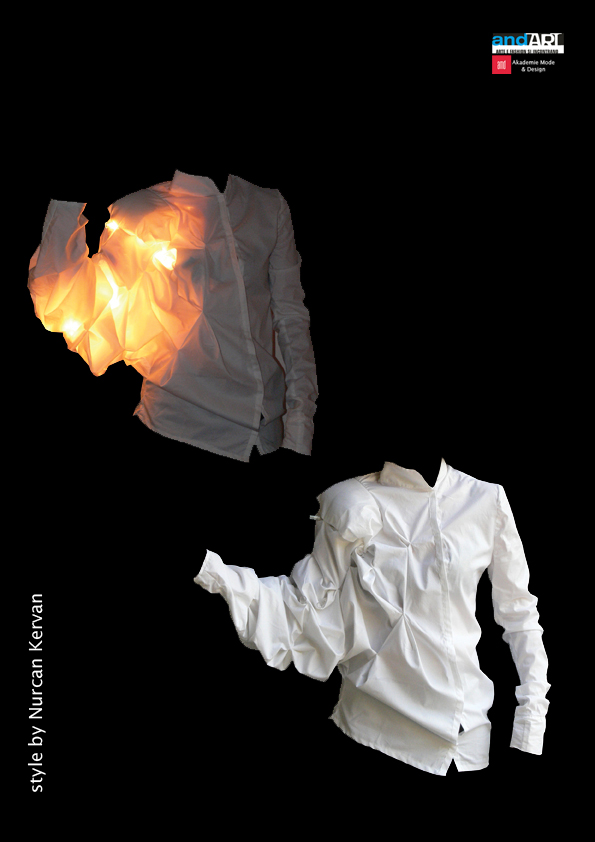 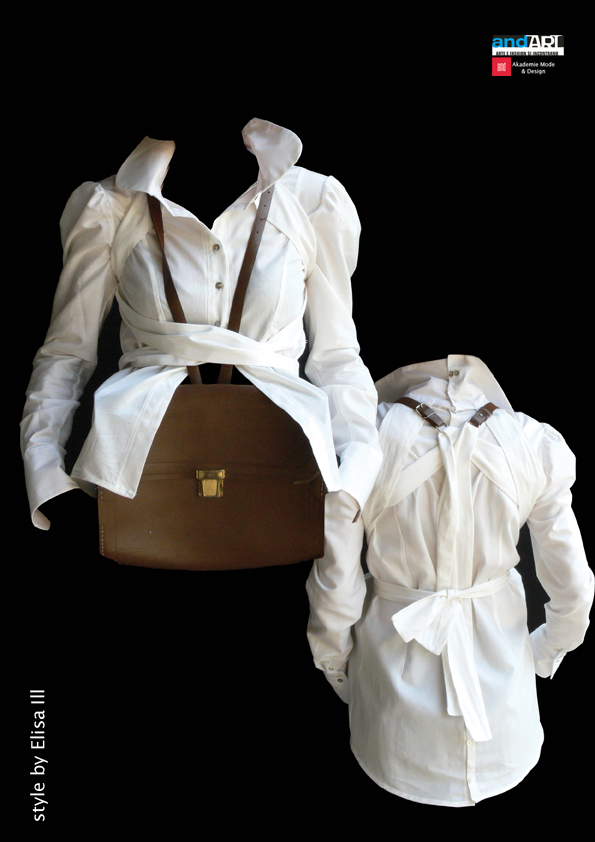 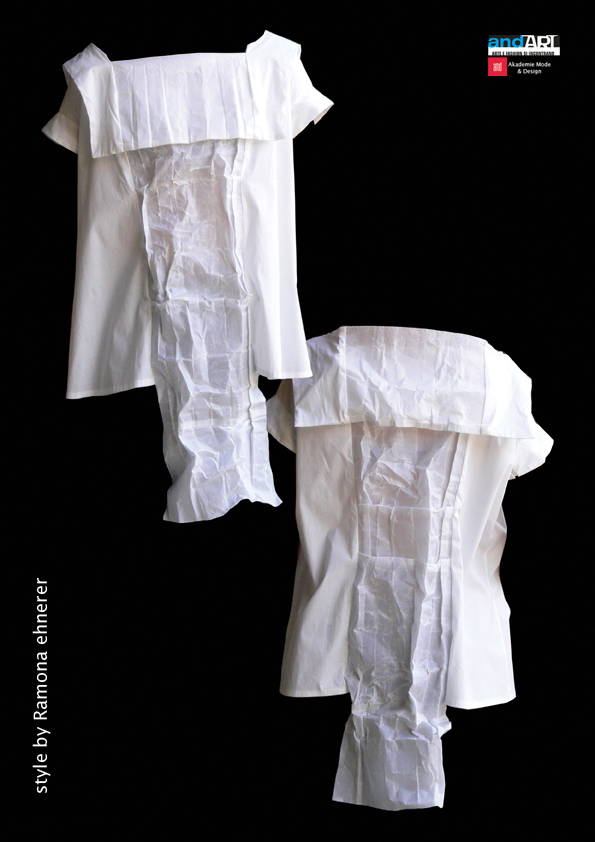