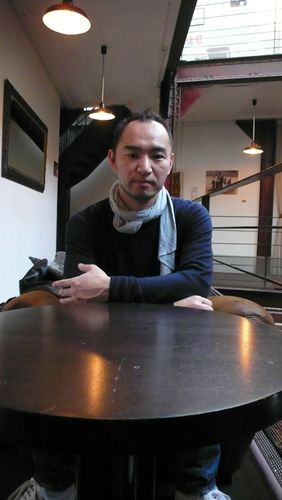 Finally time to meet with friends, I'm off to Japan in a week and I was thinking that it might be nice to meet his friend Toshio Nakanishi, one of the first Japanese punk/new wave bands. In the late 70's and 80's his group was called Plastics then in the 80's they became Melon Melon-Sushi Business.