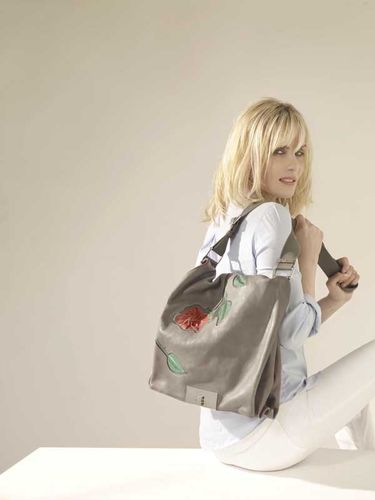 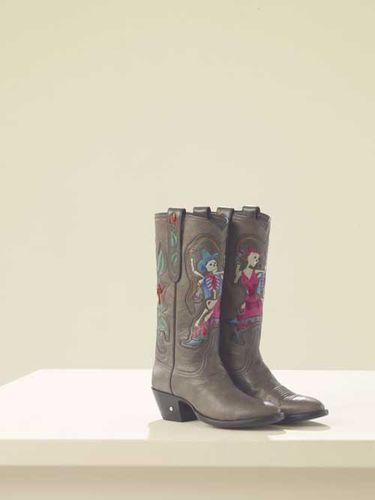 The beautiful long time friend of Celine, actress Emmanuelle Seigner is playing guest designer for Spring 2009. Emmanuelle wanted to deisgn “her” pair of perfect cowboy boots that are decorated with a couple of Mexicon skeletons caught up in a frenzied waltz, in reference to her husband’s film Dance of the Vampires (1968 by Roman Polanski). The design is completed by blood red roses amidst a bush of thorns and foliage. The same motif is featured on a bag that Emmanuelle has also designed to suit her own tastes.

The boots are made according to art and traditions of Mexicon boots by Stallion Boots & Leather Goods Company in El Paso, Texas.