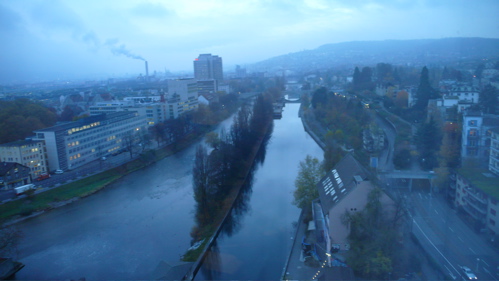 my room with a view in Zurich

I am in Zurich for the Swiss Textiles Awards, 100,000 EUROS that will go to one of the six designers:
Rodarte, Jean-Pierre Braganza, Richard Nicoll, Cathy Pill, Louise Goldin or Toga.
Last night the designers and the jury met for a dinner. 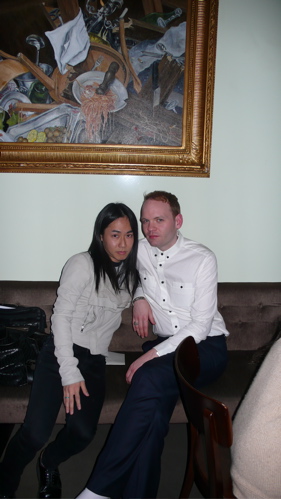 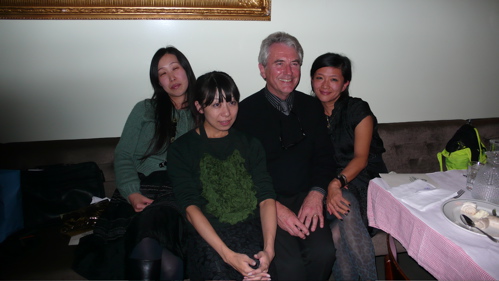 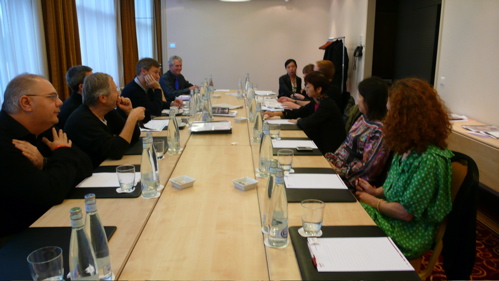 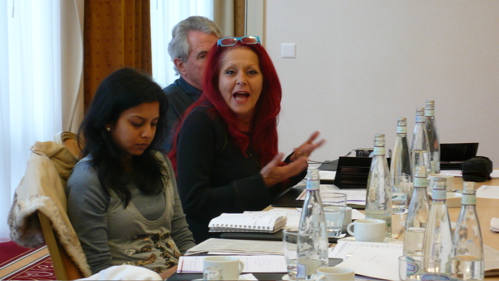 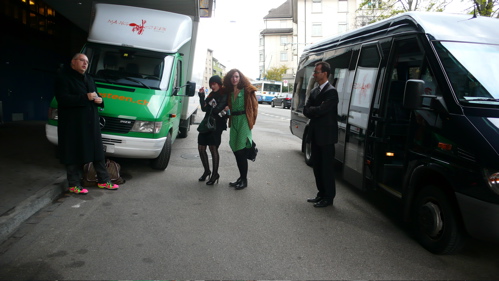 After our meeting a special black bus took us over to see the designers and the run through for their show. 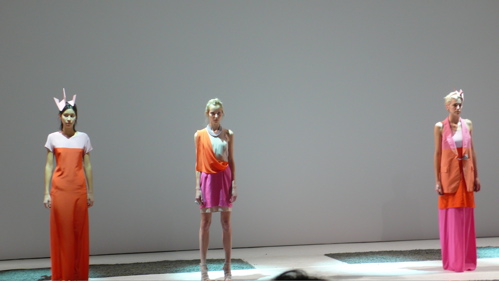 The jury was sitting in the 3rd row so I could not really shoot without a bunch of heads, this is Richard Nicoll. 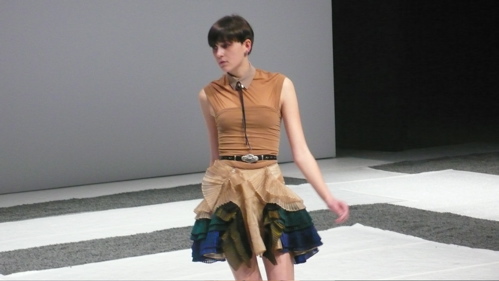 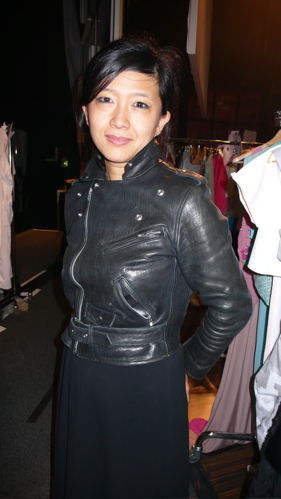 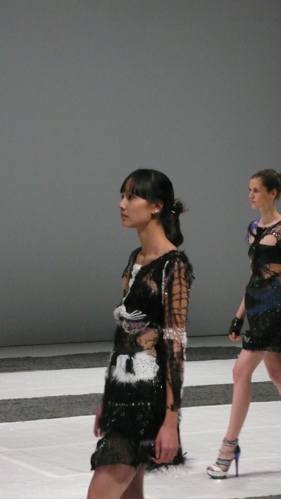 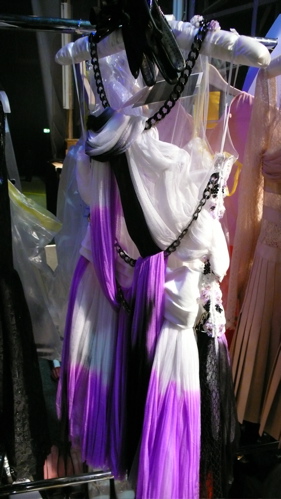 Rodarte front and back stage

Jean-Pierre Braganza and Cathy Pill and Louise Goldin, sorry , no images but tonight …..or tomorrow you will have them when Rene Habermacher shoots the show for you. 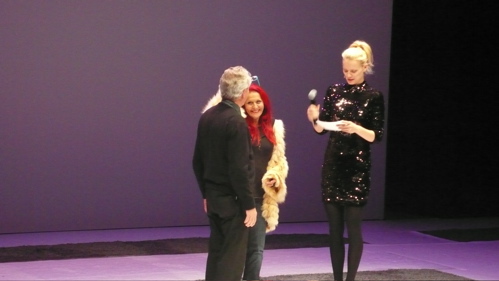 This was my favorite, the mc did not realize that Patricia and Ronald were coming on stage for the run through and was caught off guard as there were two fake Patricia and Ronald's on stage.
Then the jury went back stage to talk with the designers. 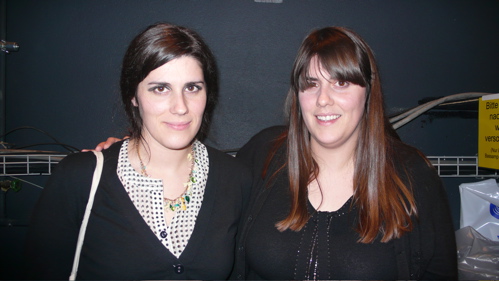 I had great fun with RODARTE talking about how they got started and how innocence has played into their success. 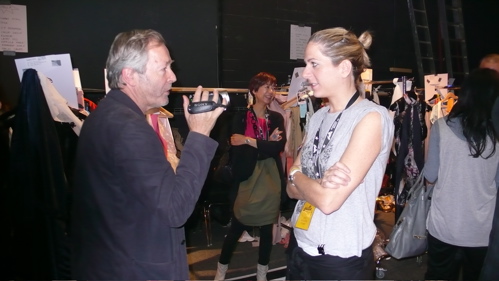 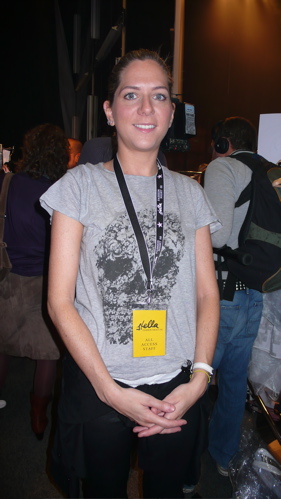 Terry Jones from i-D  films Louise Goldin, I know, I should have brought my video camera…. 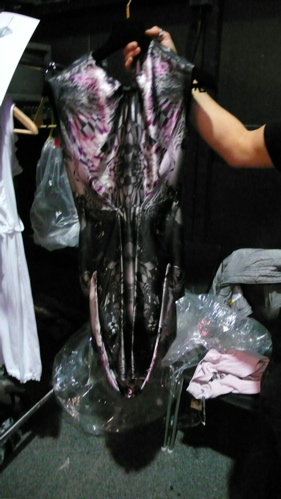 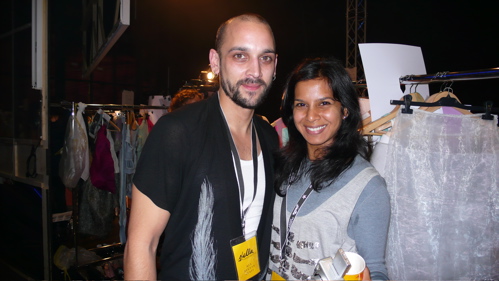 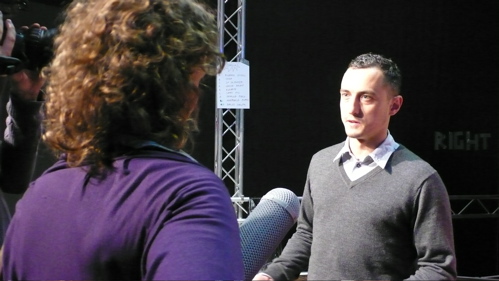 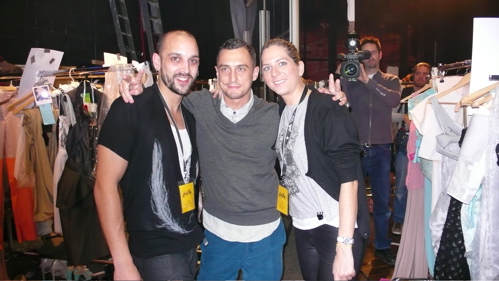 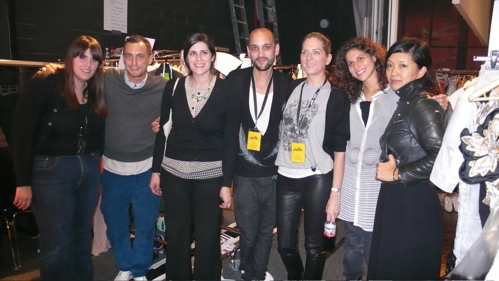 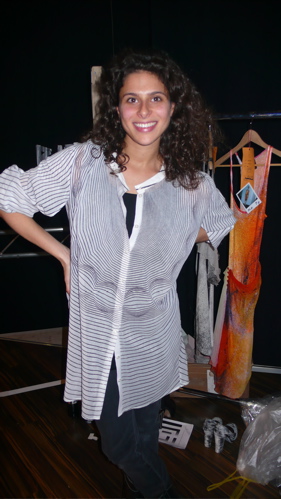