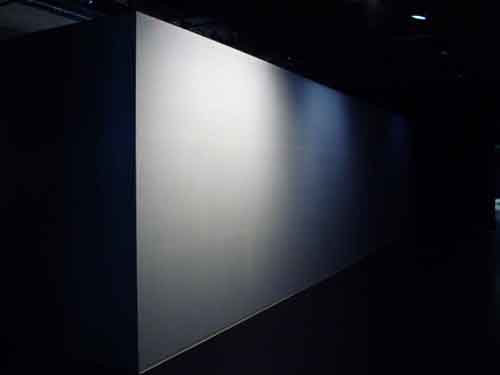 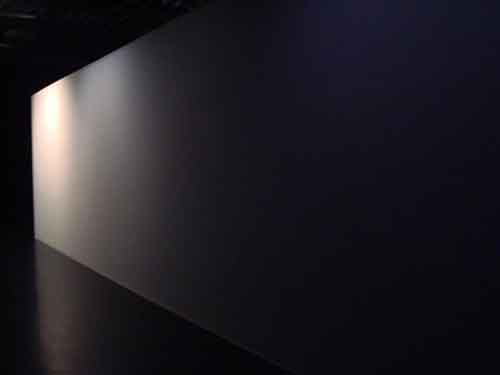 Dear Shaded Viewers,
Bogomir Doringer has installed  his interactive dance film Deranged in one of the TQW studios in Vienna's  Museum Quartier. The audience  can approach a projection that shows a figure covered by floor length hair. 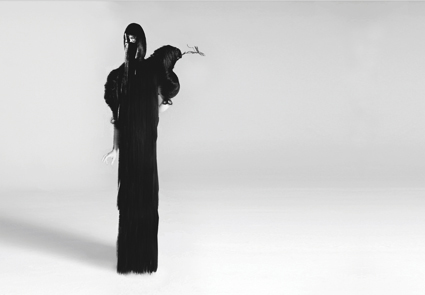 What appears at first as clothing becomes an unclothed body. Body and image become indistinguishable; the audience interconnects with the presentation which reacts in accordance with their movements. 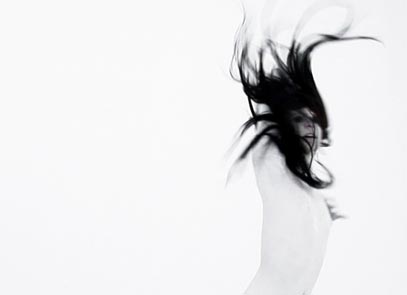 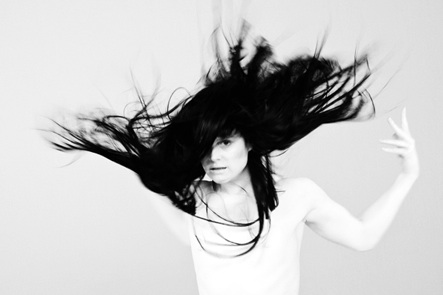