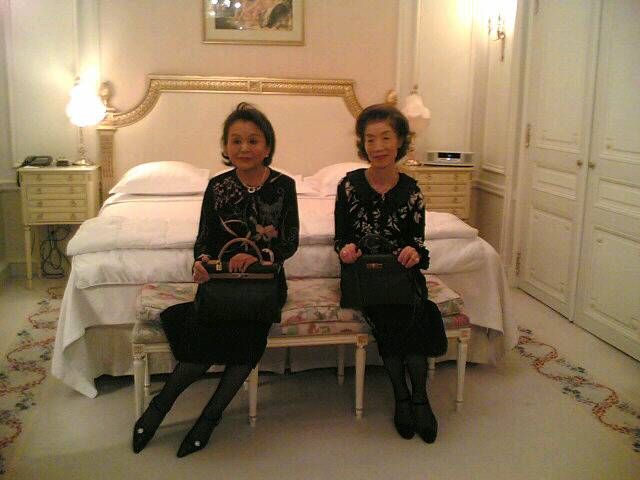 Shoji and I spent a lovely afternoon at the Ritz with these two wonderful women from Kyoto. You might remember we met them the other day when we were having lunch at Toraya, one of my favorite haunts in Paris. It is a Japanese tea salon. Last year I made a short film called Portrait of a Fashion Consumer starring James Goldstein. The film took place at l’Hotel where Oscar Wilde used to stay. James loves John Galliano, Roberto Cavalli and sometimes Dior Homme. The two women from Kyoto prefer Fendi, Anna Molinari, Moschino, and Hermes bags. They own more than 20 Kelly bags each. As I’m always filming designers, I thought that it would be interesting to meet the people that actually buy fashion. I had them show me what was in their closet. Next year they will come with more clothes and I will continue the film. Shoji is going to visit them in his home town of Kyoto this Christmas so we will have images of them in their homes. Looking forward to that.