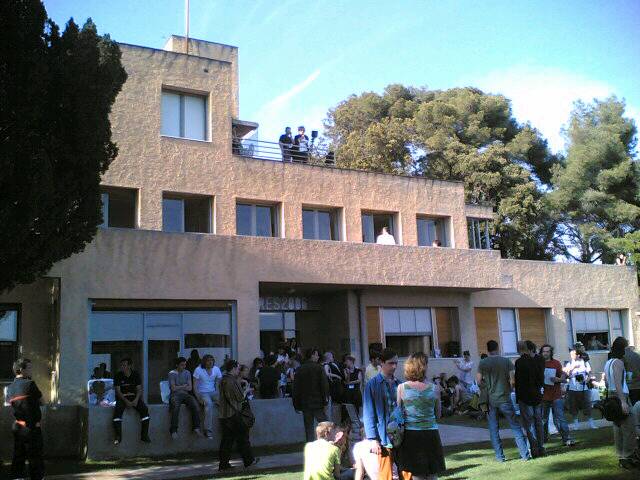 This was definitley one of the 2006 festival highlights for me,  Jason Schmidt decided to make one of his monumental group shots with the guests of the villa in the form of an H. He was talking with Michel Mallard about the fact that he was used to working with trained people like models or military personal but this was the first time with an assorted group of people. Jason and Michel got it together and it was amazing. I cannot wait to see the footage that we took of the making of H.