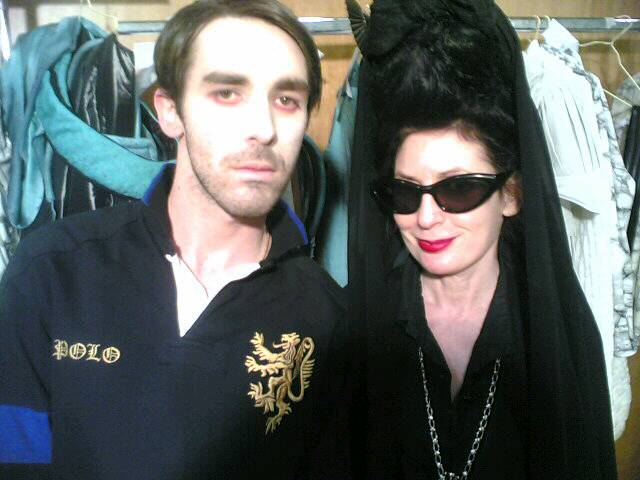 I know that Romain is looking a bit pale here but he found his models skin to be a bit on the orange side so here he is modeling the white foundation that he later tried on the guys for his show. It is a little death mask but it works better than orange.