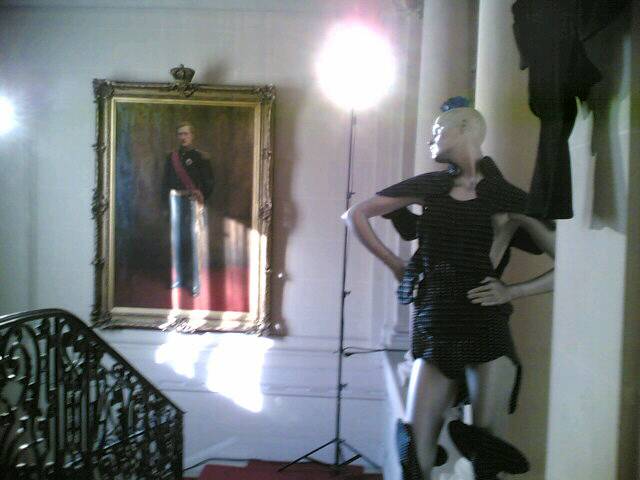 Wooky cult couture at belgian embassy paris www.Romysmits.Com. The second picture shows the designer, Romy Smits with Maarten Statius Muller wearing the first piece of the menswear collection. DP, Madonna with Wooky Child. As you might have read in the current issue of ZOO, Romy Smits used to work for Dries Van Noten between the years of 1992-2001 as a freelance consultant, visual merchandiser and art director. Romy’s collection is as much about the inside of the woman as the surface. This Sunday she packs up her Wooky Cult Couture collection and takes it to AltaRomAltaModa.

In another room of the Belgian Embassy in Paris Libertin Louison was showing his "Les Enfants ont peur du Noir" .